We look at the launch of the 7-inch tablets by Microsoft. 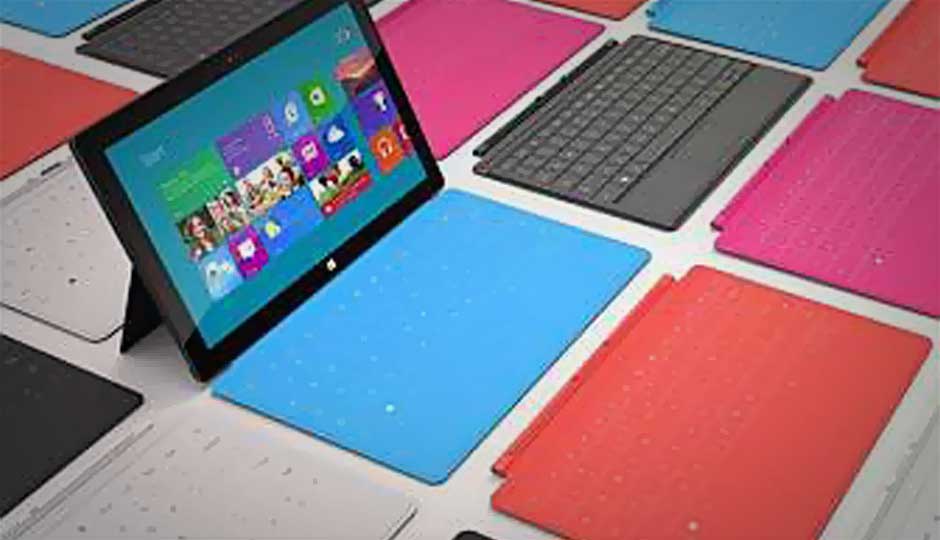 Looking at the growth in demand for the 7-inch tablets, Microsoft plans to launch a 7-inch version of the Surface tablets to take on the Nexus 7 and the iPad Mini.

Information on the Internet suggests that Microsoft is working on a 7-inch version of the Surface tablet. According to the Wall Street Journal, a 7-inch tablet wasn’t a part of the companies strategy, but seeing the success of the Nexus 7 and the iPad Mini, Microsoft has decided to take on a piece of the 7-inch tablet pie. The small screen tablet is apparently hotter that the full blown 10-inch devices.

The WSJ says, “Half of the tablet computers shipped in the fourth quarter were smaller than 8 inches, according to research firm IDC.” Microsoft has reduced the minimum display resolution requirement for Windows 8 from 1,366x768 to 1,024x768 pixels. Most of the budget 7-inch tablets have a resolution of 1024x768 pixels.

Microsoft entered the tablet hardware business with the launch of Surface Pro and RT tablets in 2012. There are two versions of Microsoft’s surface tablet available in the market today. You have access to the Surface Pro priced at $899 and the Surface RT for $499.

In terms of its specifications, the Surface RT tablet is 0.37-inches thin and comes in 32/64GB storage variants. It has a 10.6" ClearType HD Display with a 1366x768 pixels resolution. A quad-core NVIDIA Tegra 3 CPU with 2GB RAM powers it. It supports Wi-Fi (802.11a/b/g/n) and Bluetooth 4.0 connectivity options. The tablet also has two 720p HD LifeCams, front- and rear-facing, two microphones and stereo speakers. In terms of the available ports, it supports Full-size USB 2.0, microSDXC card slot, headset jack, HD video out port and a cover port.

The Surface Pro on the other hand is 0.53-inches thin, comes in 64/128GB storage capacity and has a 10.6" ClearType Full HD display. It runs on a 3rd Gen Intel Core i5 processor with Intel HD Graphics 4000 along with 4GB RAM. It supports Wi-Fi (802.11a/b/g/n) and Bluetooth 4.0 Low Energy technology as well. The tablet also houses two 720p HD LifeCams, front- and rear-facing with True Color, a microphone and stereo speakers. In terms of its ports it houses a full-size USB 3.0 port, microSDXC card slot, a headset jack, Mini DisplayPort and a cover port.