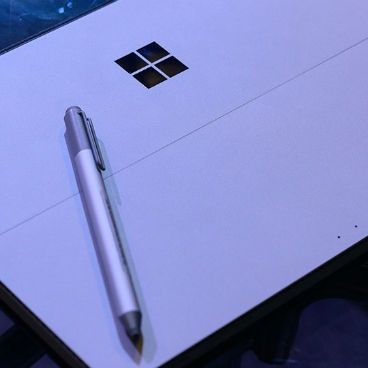 In an attempt to go head-to-head with Apple’s famous line of tablets, the iPad, Microsoft is planning to launch a new line of low-cost Surface tablets sometime as early as the second half of 2018. According to a news report by Bloomberg, the new range of tablets will feature a 10-inch screen size, keeping it smaller than the current Surface Pro laptop line, which sports a screen size of 12-inches. The tablets are also said to be 20% lighter than the current high-end models and offer only 70% of the battery life. They are also reported to feature USB-C connectivity and rounded edges like the iPad.

Going by the report, Microsoft has struggled to sell their Surface devices in large numbers. As of last June, revenue from these devices has dropped by 2% on account of an ageing Surface Pro line. Market researcher IDC shows that Microsoft sold nearly 7,25,000 tablets in the first quarter of the current year, while Apple sold 9.1 million iPads in the same period. Apple has garnered $20 billion in the last one year by selling 44 million iPads, while Microsoft has managed to rake up $4.4 billion in the same period with their entire Surface lineup.

This is Microsoft’s second attempt at making the Surface less expensive. The first attempt was with the launch of the original Surface RT, which was launched in 2012. When the company realised the tablets were failing to create a dent in the sub-$500 tablet range, it quickly shifted its focus to the costlier Surface Pro line. This time around, however, Microsoft is planning multiple models, including ones with 64GB and 128GB of storage, and models with LTE cellular connectivity. These models will continue to feature the Surface-signature kickstand for typing and video playback. They will also run the standard version of Windows 10 Pro like their other Surface devices.

Despite the reported drop in revenue from the Surface Pro line, Microsoft has been making efforts to keep the range from ageing. More specifically, it updated the Surface Pro with Intel’s 7th generation processors and equipped it with a 512GB SSD option. You can read more about the update here.