Microsoft has said that the offer is available for a limited period on Amazon, but hasn’t confirmed its duration 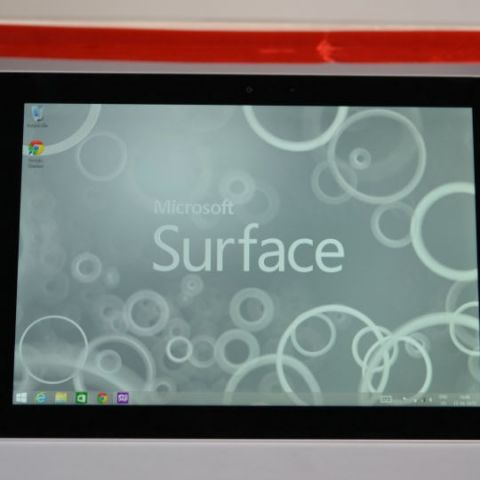 The Microsoft Surface Pro 3 has received a substantial price cut and is now available for Rs. 58,990 on Amazon. However, the company has said that the offer only for a limited period, but hasn’t confirmed its duration. The device was initially priced at Rs. 73,990 and was launched alongside the Surface Pro 4.

The Microsoft Surface Pro 3 was unveiled in 2014 and comes with an option of Intel Core i3, i5, and i7 processors. However, Microsoft only launched the Core i3 model in India. The device has a 12-inch display with a resolution of 2160 x 1440 pixels along with 4GB of RAM and 128GB of storage. However, what sets the Surface line apart from rest of the tablets is the Type Cover, which adds a keyboard to the device and transforms the tablet into a laptop. The Surface Pro 3 can also be used with a stylus called the Surface Pen. However, the Type Cover and Surface Pen are sold separately.