Microsoft's Surface Go tablet range has been one of the more unique offerings in the tablet space, and it looks like the company is all set to bring the next unit in the series, the Surface Go 3 tablet. It's currently speculated to arrive later this month when the company is slated to announce a couple of new hardware offerings.

While we wait for that to happen, we have some leaked information about this upcoming tablet, and it looks like we'll once again be seeing Intel chips in use for these tablets instead of ARM. German publication WinFuture.de has reported that the Microsoft Surface Go 3 may come in two different variants. However, both of them are expected to make use of the Intel chips. 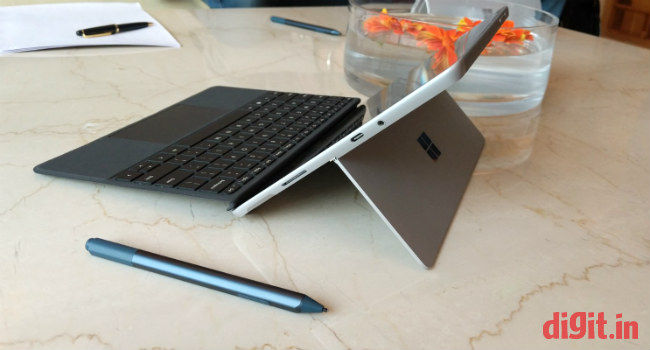 One of them is expected to be powered by the Intel Pentium Gold 6500Y processor, a dual-core CPU with a base frequency of 1.10 GHz. The other model will most likely be powered by an Intel Core i3-10100Y processor, a relatively older quad-core unit with a base frequency of 3.60 GHz. This particular info appears to be extracted from the tablet's listing on Geekbench's database.

The Surface Go 3 is also expected to feature the same 10.5-inch full-HD display as the predecessor. One can also expect to see a fold-out stand to go along with the tablet. Sadly, that's all the info we have about the tablet for now, but luckily we won't have to wait too long to see what Microsoft's been cooking for us behind the scenes.

Microsoft's virtual event is also expected to see the launch of Surface Duo 2. This particular device is also expected to have the same dual-screen design that saw earlier on the original model. We'll definitely have more to talk about these devices soon, so stay tuned.