The love-lorn child of Microsoft’s hardware ambitions, the Surface RT has been rejuvenated in its second avatar as the Surface 2. 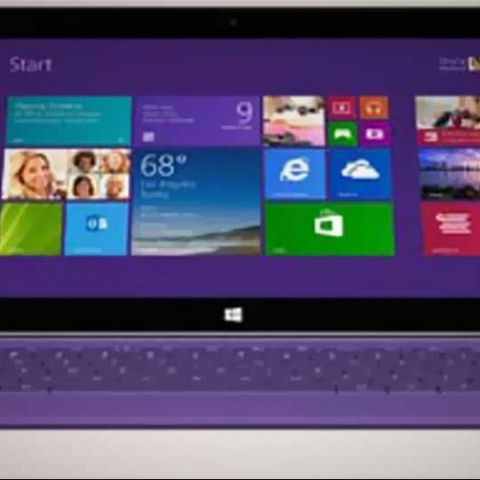 The Microsoft Surface (RT) tablet has been reborn as the Surface 2, with Microsoft dropping the “RT” moniker from the name, even though it remains an RT tablet. However, it isn’t the change in the name that’s a clever ploy, but the fact that Microsoft is going all out with the specs on this tablet.

For starters, the Surface 2 will be powered by the Nvidia Tegra 4 CPU and will have at its disposal 2 whole gigs of RAM for whatever operation you might want to run on it. We’ve run benchmarks on the HP Sleekbook X2, which is also powered by the Tegra 4 chipset and 2 gigs of RAM and it pretty much ripped through all the benchmarks we threw at it. Keeping that in mind, we expect the Surface 2 will be just as powerful when it comes to performance.

There are several notable upgrades that grace the Surface 2. For starters, the 10.6 inch screen is now toting the 1920x1080 pixels resolution, which is bound to make the display much better. The second upgrade comes in the imaging department, where the front and rear 720p cameras of the Surface RT get swapped for a 3.5 and 5 megapixel sensors respectively, both capable of 1080p video capture. The single USB port has also been upgraded to USB 3.0 standards.

The accessories are a major area of focus for the Surface series, with Microsoft updating the touch and type covers to be thinner and be responsive to gestures over the entire keyboard (and not just the blank area). There is a new cover which offers a built-in battery to extend the battery life on the tablet and one which is designed specifically for musicians.

The Surface 2 will be available from October 22 for $449 for the 32GB version and $549 for the 64GB variant. Be sure to check out just how much actual user storage you get on them though. Given the colossal failure the original Surface RT was, we can't help but wonder what Microsoft is thinking by launching the second version of the tablet. There are no fundamental changes at the OS level, meaning it still lacks (quite significantly) in the apps department. However, we remain optimistic and would like to see how Microsoft will prevent writing off another loss in their books.