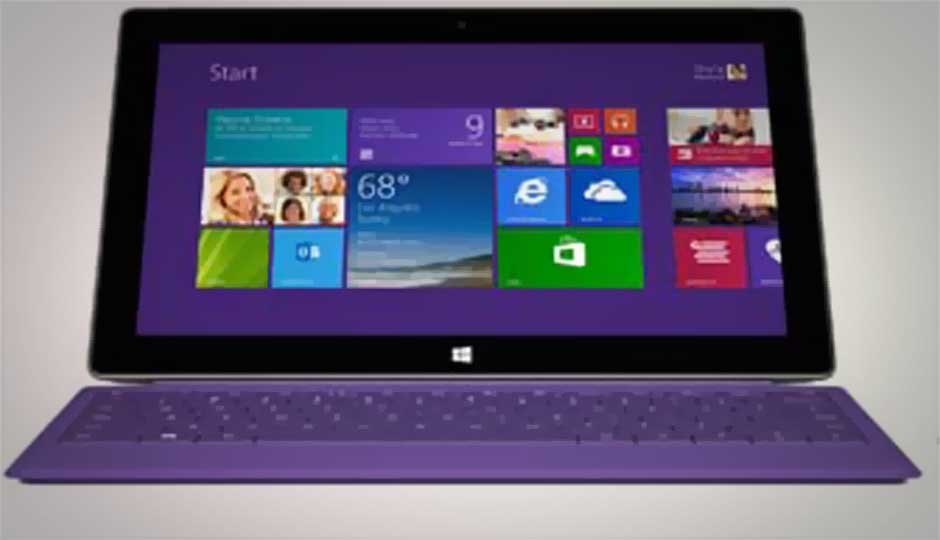 The Surface Pro gets a powerful update in the Surface Pro 2, at least on paper. Microsoft is also throwing in a bunch of new accessories to make the Hybrid more attractive.

Microsoft has revealed to the world the Surface 2 and Surface Pro 2 in a press event held yesterday. The two machines are an updated version of the Surface RT and the Surface PRO machines that Microsoft debuted last year.

The Surface Pro 2 is the full-fledged laptop/tablet hybrid from Microsoft that the company is marketing as a proper laptop replacement. While the Surface Pro 2 hasn’t shed much in terms of dimensions, it has beefed up the spec sheet without causing any gain in weight or size. It now ships with an Intel Haswell Core i5 CPU-4200U clocked at 1.6GHz (2.6GHz with Intel turbo Boost) and comes with 4GB RAM on the 64 and 128 models while the 256 and 512 GB models will sport 8GB of RAM (low power MSATA drives).

Interestingly, if you’re looking at getting a Surface Pro with 8GB of RAM, currently you can only opt for the 256 and 512GB options as the higher RAM is not available for the lower storage options. The tablet also gains a USB 3.0 port, something that we felt should have been there in the original Surface, but it’s nice to see Microsoft catch up regardless. The screen on the Surface Pro 2 remains the same on the surface, with its 10.1 inch dimensions and 1920x1080 pixels resolution, but Microsoft claims that it now has much better colour reproduction.

The real clincher for the Surface Pro 2 happens to be the amount of accessories Microsoft is pumping out. The original Surface Pro came with the option of choosing between two types of covers, but the Surface Pro 2 will give users the choice to choose between three types of covers (the original Touch and Type covers have also been updated to be thinner and are responsive to gestures throughout the entire surface) along with the option of getting a docking station (which adds 4 USB ports, an Ethernet port, Display out etc). Microsoft has also created a “Surface Music Kit,” which is a cover designed keeping music makers and DJs in mind.

The Surface Pro 2 is set to be available come October 22 at select retail outlets in a select few countries (India not being one of them). The pricing for the various models of the Surface are given in the table below. If you do buy a surface Pro 2, the Skype team will throw in free calling to landlines in up to 60 countries for free and the SkyDrive team will graciously gift you a whopping 200GB of storage space for the next two years.