As if the crafts teacher in school had just asked everyone to take their smartphones and find a way to fold it in half, all the smartphone and tablet makers are suddenly reporting their progress in various ways: Samsung recently reaveled the long-awaited Galaxy F foldable smartphone at its Developer Conference. A while before that, little-known Chinese phone maker Royole showcased the FlexPai, a fully developed folding smartphone. Now, a stroll around the United States Patent and Trademark Office (USPTO) reveals that Microsoft has its own ideas for folding devices and apps that run on them. 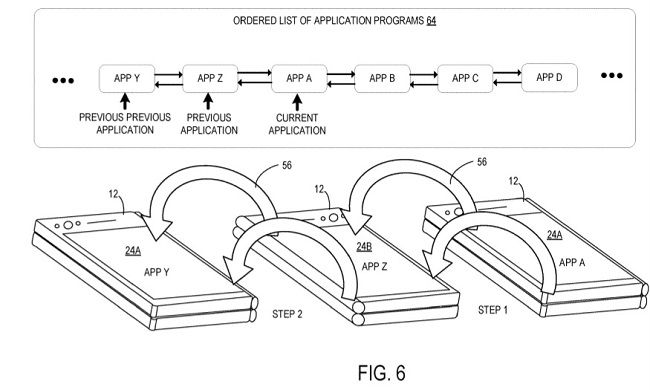 Microsoft’s second patent, which is titled, “APPLICATION PROGRAM MODE BASED ON DEVICE ORIENTATION” and published on November 15 by the USPTO, talks about the ability of the patented device to execute an application based on the orientation of the dual-screen device. More specifically, it states, “To address the issues of presentation display, a mobile computing device is provided. The mobile computing device may include a two-part housing coupled by a hinge, with first and second parts that include first and second displays, respectively. The displays may rotate around the hinge throughout a plurality of angular orientations. The mobile computing device may include an angle sensor, one or more inertial measurement units, and a processor mounted in the housing. The angle sensor may detect a relative angular orientation of the first and second displays, and the inertial measurement unit may measure a spatial orientation of the device, which together define a posture of the device. The processor may be configured to execute an application program and, based on the posture of the device, select a display mode of the application program that defines a layout of graphical user interface elements displayed on the displays.” 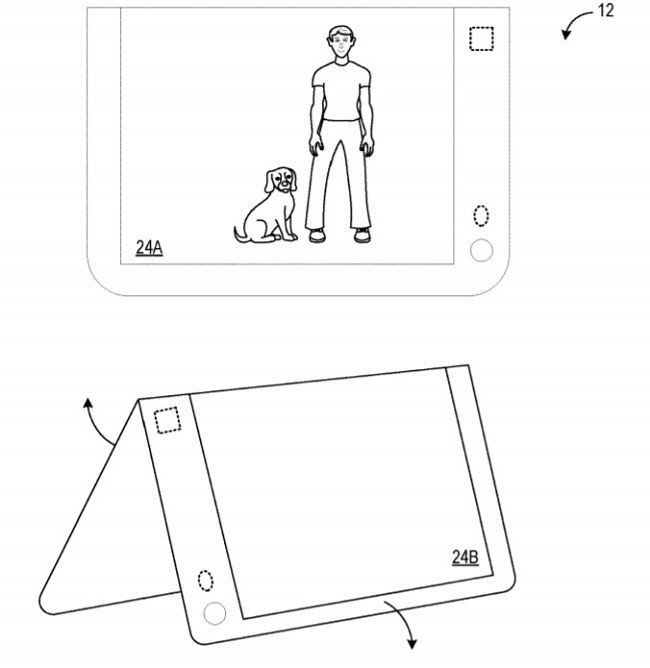 Microsoft’s third and last patent, which is titled, “APPLICATION LAUNCHING IN A MULTI-DISPLAY DEVICE” talks about apps that are specifically optimised to run on a dual-screen tablet. The abstract of the patent says, “Techniques for application launching in a multi-display device are described. In one or more implementations, an apparatus such as a mobile device includes multiple interconnected display devices. According to one or more implementations, techniques described herein enable application launching behavior to be determined based on context information. For instance, based on a determined context condition of a multi-display client device, an application launch behavior is determined and used to launch an application on the client device.” Only time will tell if Microsoft has any solid plans of actually launching a dual-screen device. Will it be another Surface? What do you think? 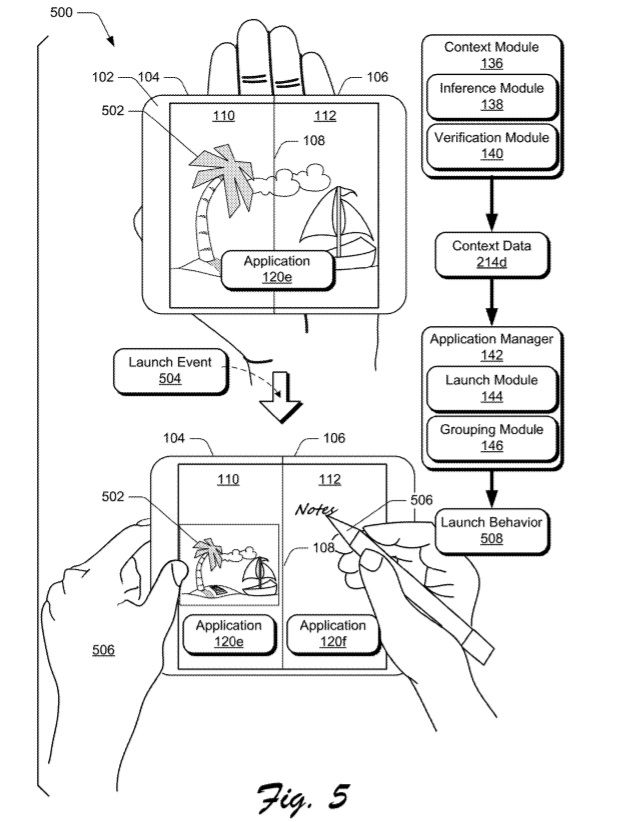