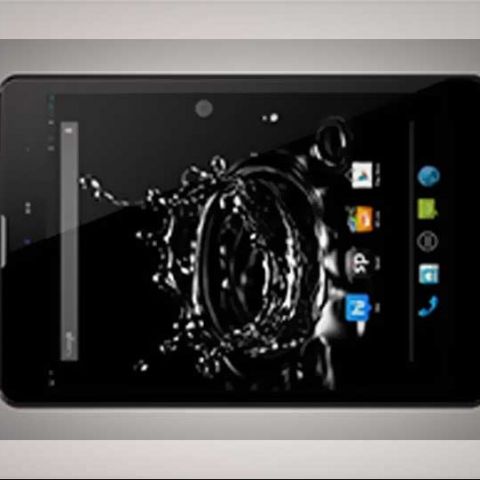 Micromax has quietly introduced three new Android tablets. While the Micromax Canvas Tab P650E and Funbook Ultra HD P580 are already available via e-stores for Rs. 8,999 and Rs. 11,990 respectively, the Funbook Mini P410i has been spotted on the company's official website without pricing and availability details.

The Micromax Canvas Tab P650E is a CDMA tablet, featuring a 7-inch TFT display. It runs Android 4.0 Ice Cream Sandwich and is powered by a 1.2GHz quad-core processor along with 512MB of RAM.

The Micromax Funbook Ultra HD P580 has a 7.8-inch IPS HD touchscreen display (1280×720 pixel resolution). It runs Android 4.2.2 Jelly Bean operating system and is powered by a 1.2 GHz quad-core processor along with 1GB of RAM.

The tablet has 8GB of built-in storage, expandable up to 32GB with a microSD card. It has a 5 megapixel rear camera and 2MP front facing camera. Connectivity options include voice-calling, Bluetooth, Wi-Fi, 3G, microUSB port. The tablet is powered by a 3,600 mAh battery.

The Funbook Mini P410i has a 5MP rear camera and 2MP front facing camera. The tablet features 4GB of built in storage and expandable memory up to 32GB. For connectivity, it supports 3G, WiFi 802.11 b/g/n, Bluetooth, GPS. It is powered by a 2800 mAh battery.