LG has unveiled its 8.3-inch tablet before IFA 2013. The device runs on Android 4.2 Jelly Bean and will launch towards the end of the year. 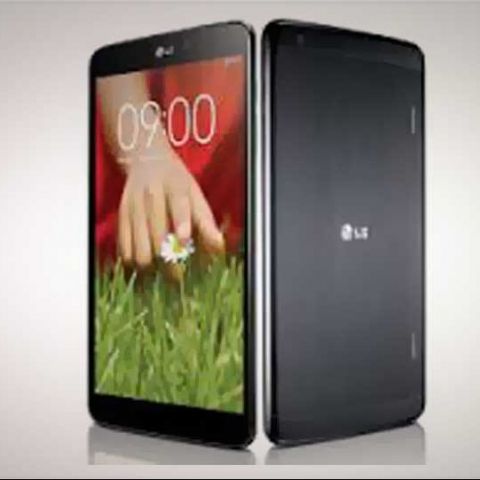 LG has announced its foray into the tablet market with the announcement of the G Pad tablet. The South Korean electronics giant will launch the tablet in North America, Europe and Asia towards the end of the year. There is no information available on the pricing of the tablet.

The G Pad has an 8.3-inch display with a resolution of 1920x1200 pixels. LG claims that this is the first 8-inch tablet with a full HD display. The tablet runs on a Snapdragon 600 chipset with a quad-core CPU clocked at 1.7GHz. It also houses an Adreno 320 GPU coupled with 2GB of RAM. The tablet also comes with 16GB built-in storage. The rear of the tablet has a 5MP camera and the front has a 1.3MP camera. The tablet runs on Android 4.2 Jelly Bean and a 4600mAh battery powers the entire package.

The LG G Pad is 8.3mm thick making it thinner than the recently launched Nexus 7, which measures 8.65mm in thickness. At 338 grams, the weight of the tablet is however a bit more than the Nexus 7.

LG has announced the QPair app that comes pre-loaded with the G Pad 8.3, along with a number of other software customizations. The app allows you to connect any smartphone to the tablet. You will be able to sync your messages, calls and even notes created by QMemo (an app available for free on the Play Store) on both the devices.