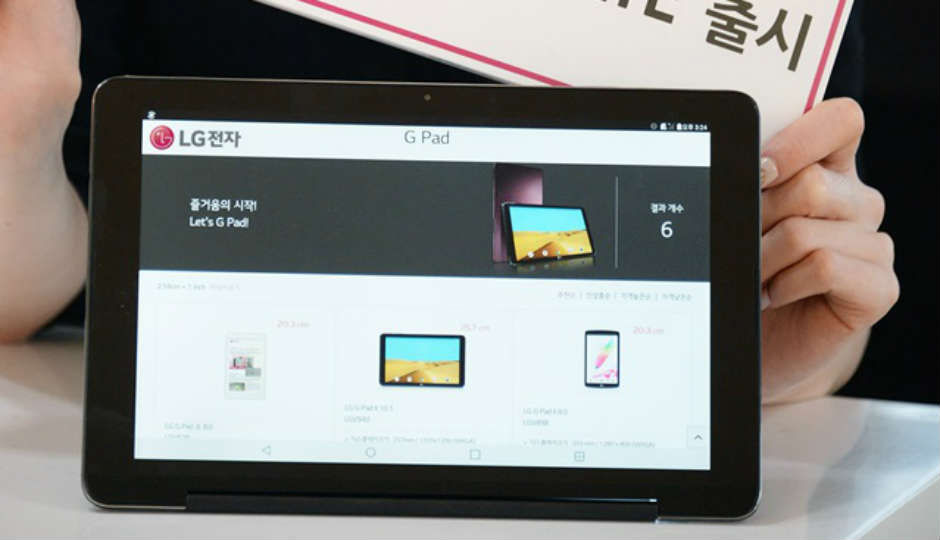 LG has made its G Pad III 10.1 FHD LTE tablet official. The device was first leaked by Twitter user Evan Blass and it comes at a really strange time.

LG G Pad III 10.1 comes at a time when tablets are losing momentum among consumers. According to IDC, the tablet shipments recorded a decline of 14.7 percent year-over-year last quarter. However, LG has gone ahead to introduce a new Android 6.0.1 Marshmallow based tablet.

As the name implies, LG G Pad III 10.1 sports a 10.1-inch full HD display with a resolution of 1920 x 1200 pixels. The tablet also support 4G LTE, a feature that would be appreciated by potential buyers. The tablet is powered by an octa-core 1.5GHz processor and comes with 2GB RAM and 32GB storage. The tablet measures 7.9mm at its thickest point and weighs around 510 grams. The tablet features a combination of 5MP camera both in the front and the rear. The tablet houses a 6000mAh battery and also features a built-in kickstand that allows the tablet to be adjusted up to 70 degrees.

LG G Pad III 10.1 FHD LTE comes with 'Time Square' UX, which can be used as desk clock, tabletop calendar or even a digital frame. Other software features include 'Reader Mode' which is LG's idea of relieving eye fatigue during prolonged use.

LG G Pad III 10.1 FHD LTE is priced at 429,000 Korean Won (around Rs 25,000) and the device is only being made available in South Korea. LG is planning to introduce a variant with stylus early next year.