Lenovo Yoga Book with Chrome OS to launch in 2017 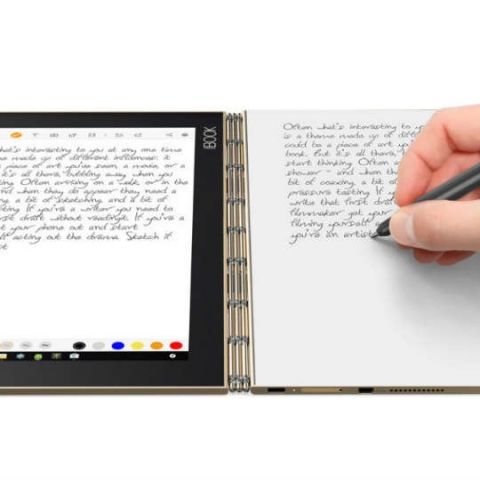 Lenovo is planning to introduce Yoga Book with Chrome OS next year. Lenovo Yoga Book is one of the fascinating product launches this year with its convertible design and Halo keyboard. Lenovo has already offers Yoga Book with Android or Windows and addition of Chrome OS just expands the option.

Lenovo VP has also confirmed that Real Pen will work with Chrome OS. It basically means that Yoga Book powered by Chrome OS will offer options to take notes or sketch on a real paper pad attached to the device or write directly on the Wacom digitizer based Create Pad. Lenovo Yoga Book with Chrome OS will make more sense especially considering Google's extended support for Android apps on Chromebooks.

Google is already making inroads with its Chrome OS and it shouldn't come as a surprise that the OS is being considered for Lenovo Yoga Book. Lenovo has not shared exact timing of the product but it is likely to be available sooner than later.