Lenovo has unveiled its upcoming tablet IdeaTab S2019 through a teaser video on its YouTube channel. Lenovo has not yet revealed pricing or the launch date of the IdeaTab S2109. 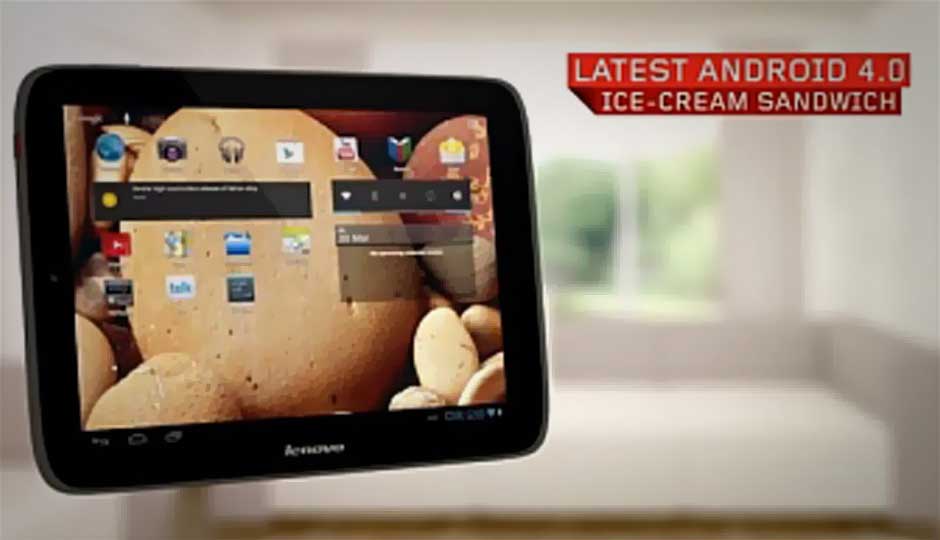 Lenovo has officially introduced its latest Ice Cream Sandwich-based tablet, IdeaTab S2109. The new Lenovo tablet is said to have a screen similar to the one used on older versions of Apple's iPad.

The forthcoming Lenovo IdeaTab S2109 sports a 9.7-inch 4:3 aspect display with a 1024 x 768 IPS panel. However, the Lenovo slate falls short of the Apple new iPad's 2,048x1,536-pixel resolution, notes Cnet. Read the detailed review of the Apple's new iPad here. The YouTube video (below) released by Lenovo hints that the device measures 8.9mm (or about 0.35 inches) in thickness along with gunmetal finish.

The Lenovo IdeaTab S2109 features a 1.3MP front facing camera, but no rear camera. The device has four speakers on the back panel, a micro-HDMI jack, a microUSB slot and a microSD memory card slot. The IdeaTab S2109 runs on the latest Google mobile operating system, Android 4.0 Ice Cream Sandwich. The battery gives 10 hours of runtime. Also, the device will have access to over 450,000 apps through Google Play, the rebranded version of the Android Market and Lenovo's app shop. Lenovo has not revealed pricing or the launch date of the IdeaTab S2109.

The Lenovo IdeaTab S2109 is reported to hit the Indian market as well. Lenovo currently offers three slates in India namely ThinkPad, IdeaPad K1 and IdeaPad A1. These devices are scheduled to get the latest Android 4.0 update later this year.