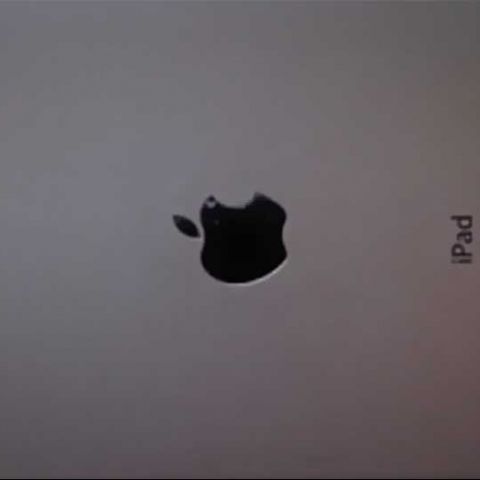 We've been hearing rumors about the iPad Mini for months now, but with the iPhone 5 unveiling behind us, talk about Apple's scaled-down iOS tablet is shifting into overdrive.

New leaked photos on the Chinese site BoLoPad appear to offer a glimpse of a working 7.85-inch iPad Mini. The photos show a device with an aluminum shell that looks similar to the 9.7-inch iPad, only smaller. The back casing includes the familiar black Apple logo and iPad moniker, as well as a hole for the rear-facing camera.

The device appears to have two speaker ports at the bottom, with a small Lightning connector in the middle. There are two volume buttons on the side, and a lock button and headphone port at the top. From the front, the pictured tablet has a black rim and a physical home button at the bottom.

Apple has not announced any plans to launch a smaller version of the iPad, but that hasn't stopped the rumor mill. Last month, Apple blog Macotakara, citing information from an unnamed source, said Apple is officially planning to name the forthcoming 7.85-inch tablet the "iPad Mini."

The current, third-gen iPad is famous for its high-resolution Retina Display, but the rumored Mini may have a cheaper screen, allowing it to be priced competitively against Google's Nexus 7 and Amazon's Kindle Fire, both available starting at $199.

Signs have been pointing to an October launch for the iPad Mini. Previously, rumors had been swirling that the tech giant would unveil the scaled-down tablet alongside the next-generation iPhone on Sept. 12, but that obviously didn't happen.