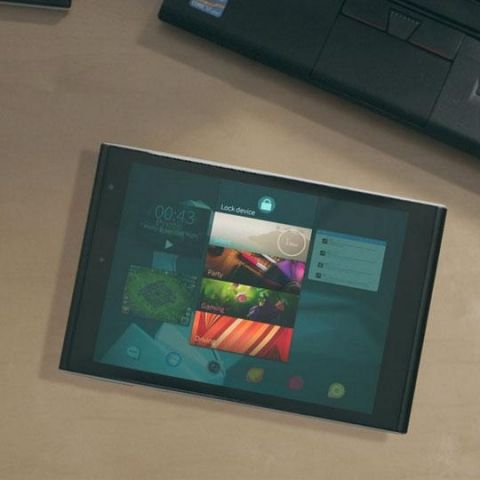 Jolla has announced closure of a Series B funding round after a successful crowdfunding campaign for an open source tablet running Sailfish OS. After the B round, the company has so far raised 34 million Euro financing.

After completing campaign’s target of $380,000. Jolla ended up raising nearly five times the target, resulting in total contributions of over $1.82 million in 21 campaign days. With the successful campaigns, Jolla has achieved two goals – support for 128GB microSDHC support and a split screen functionality to its Sailfish OS.

“Although this is a sizeable funding for a start-up already, it is still a small amount considering the size of our mobile operating system agenda. Our 100+ team has created a world-class operating system in a very short time and with extremely limited resources. Many big industry players have tried to do the same with at least five times bigger resources. Sailfish OS is now ready for further international expansion, and we are looking for the right partners to join the Sailfish OS agenda and do that with us,” says Antti Saarnio, Chairman of the Board of Jolla.

Jolla is also planning to team up with digital content providers and e-commerce players for its  new initiative.

Saarnio adds: “This is where we see our opportunity: to shift from application-based mobile era into m-commerce-based mobile era, and to offer the best user experience for consumers. We welcome all digital content and e-commerce players to join the Sailfish OS agenda among operators and hardware vendors”.

Jolla recently announced a brand new tablet, which will run on the updated Sailfish OS 2.0. The tablet will feature a 1.8 GHz Quad Core Intel processor, 2GB RAM, 32GB memory, 7.9-inch 2048x1536 display and a 5MP camera. Like the Jolla phone, the Jolla Tablet is Android compatible, which means that you can use Android applications in addition to the native Sailfish OS apps. It has a 4300 mAh battery.

The crowdfunded Jolla tablet project hit the target of $380,000 in just three hours, indicating a wide interest in the project.

Jolla has also entered the Indian market with its Sailfish OS smartphone. Priced at Rs. 16,499, the new Jolla smartphone is powered by a 1.4GHz dual-core processor along with 1GB of RAM. Also read: Jolla Smartphone: Overview and Jolla Smartphone Review (Video)