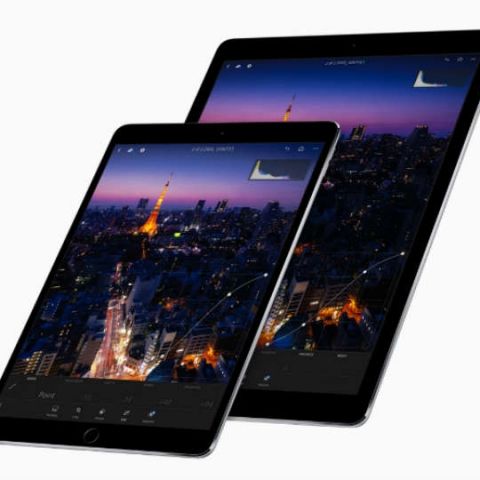 If a new report is to be believed, then Apple is working on redesigning the iPad Pro. The redesigned iPads will launch next year. According to Bloomberg, Apple is working on new iPad Pros that will support Face ID. The home button will also be removed from the upcoming iPad Pro. However, the report suggests that we won’t see an OLED display on the iPad Pro, like we’ve seen on the iPhone X.

With the redesign, it is expected that Apple may reduce the bezels of the iPad Pro, giving users more display real estate in the same form factor. Also, with iOS 12 most iPhone X-like gestures are making their way to the iPad, so it is indeed possible that Apple may forgo the home button from the upcoming iPad Pro line-up.

The last time Apple redesigned the iPad Pro was in 2017. At WWDC 2017 Apple announced the 10.5-inch iPad Pro. As the name suggests, the device sports a 10.5-inch display, which was a bump above the 9.7-inch display on the previous gen iPad Pro. The size of the tablet however remained the same as Apple achieved the extra display size by reducing the bezels. The 10.5-inch iPad Pro brought with it 120hz refresh rate display along with HDR support. Under the hood, the device has the A10X chip, which features a six core CPU and a 12-core GPU. One can opt for 512GB of maximum storage on the device.

Apple refreshed its entry level iPad in 2018 and the device retains the form factor we have seen from the days of the iPad Air 2. It is possible that Apple will retain an entry level iPad and the Pro will be targeted as those looking for a productivity device on the go.

Coming to the Apple Pencil, it hasn’t seen any design changes since its initial launch. iOS 11 however brought with it an interesting set of features for the Apple pencil.

Speaking of changes to Apple’s hardware, recent Geekbench leaks showed a new MacBook Pro in the works. The beefed-up MacBook Pro could be the perfect companion for those looking for a powerhouse machine to carry with them on the go. You can check out the details of the leak here.