Intex Technologies has launched its first tablet PC, i-Tab, in India for Rs. 11,900. As an introductory offer, Intex is bundling the i-Tab with an INTEX 3G data card, a LAN Adaptor, a leather cover and a pair of Reebok Sunglasses at no extra cost.

Running on the Android v2.3 Gingerbread OS, the Intex i-Tab is powered by a 1GHz cortex A8 core processor, which is supported by a 512 MB DDR3 RAM. It has an 8-inch capacitive two point touch screen display, memory capacity of 8GB - expandable up to 32GB and a 5,000 mAh battery that is rated to deliver back up of 5-6 hours. The Intex i-Tab comes pre-loaded with 360 degree G-Sensor feature, apps such as the Adobe Reader, Android Market and games like Angry Birds, Solitaire, Talking Tom etc. On the connectivity front, the Intex i-Tab supports Wi-Fi and 3G via Intex dongle.

Intex's i-Tab is set to compete with other budget tablets under Rs. 15,000 such as iBall Slide, Beetel's Magiq series, Reliance CDMA Tab and 3G Tab. 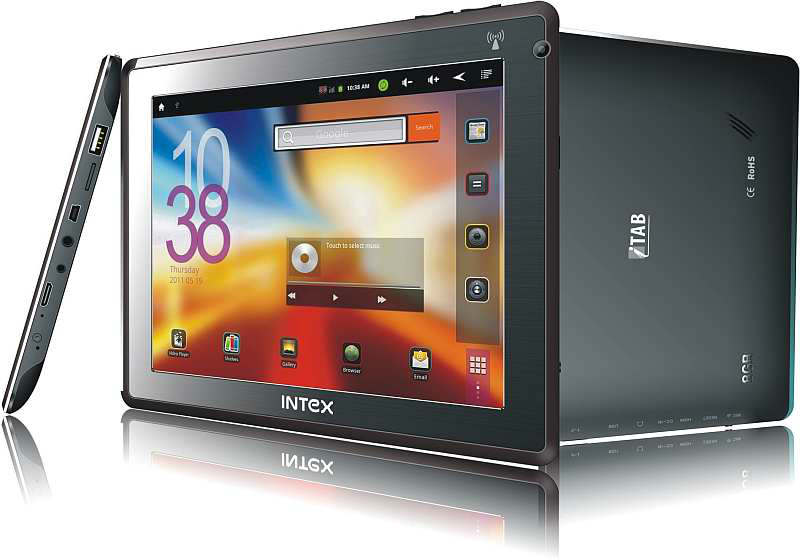