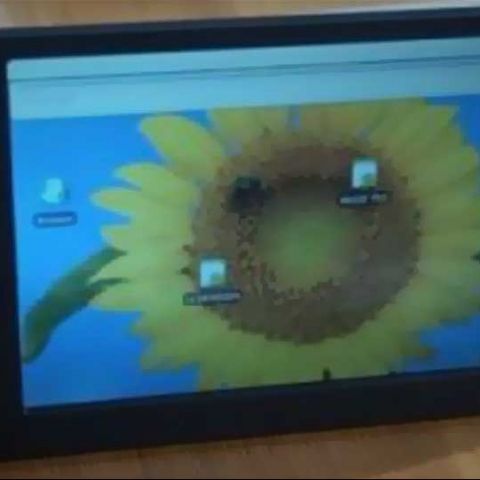 The much-awaited ultra low-cost tablet produced by the Indian government will be known as “Aakash”. The tablet, slated to be unveiled today, was previously named as “Sakshat”. The Indian government will initially roll out 100,000 units of the Akash tablet in a pilot run. The tablets will be sold to students at the subsidised price of $35. However, the tablet will be available retail stores at a maximum retail price of  Rs. 2,999 (approx. $60).

According to reports, there will be two versions of the Aakash tablet. The tablet available at the retail stores will come with an inbuilt cellular modem and SIM to access Internet. These two features will not be available in the $35 subsidised tablet. “As a business, we need to make a profit, and our distribution channel needs to make a profit, which is all covered in the MRP of Rs 2,999," ET quotes a government official as saying.

The two versions, however, will run on Google's Android operating system, and offer Wi-Fi and USB connectivity, 256MB of RAM, 2GB inbuilt storage, and storage expandable up to 32GB via microSD (2GB microSD card bundled). Check out our previous coverage here.

A prototype of the Aakash tablet, then nicknamed as Sakshat, was unveiled last year by telecom minister Kapil Sibal. The $35 tablet is considered to be a revolutionary gadget as it aims to cater to rural India and connect it with the ongoing technology boom in the country. However, the launch of the Aakash was delayed due to various reasons, including change of the manufacturer.

The Aakash tablet comes days after Amazon's Kindle Fire took the global tablet market by storm. Priced at $199, the Kindle Fire is considered to be a serious threat to Apple's iPad.