At the IFA event in Berlin, Samsung has introduced a new range of Windows 8 tablets - Series 5 and Series 7, featuring the company's S-Pen stylus and optional keyboard dock. Samsung is touting these products as ATIV slates in regions outside the U.S. 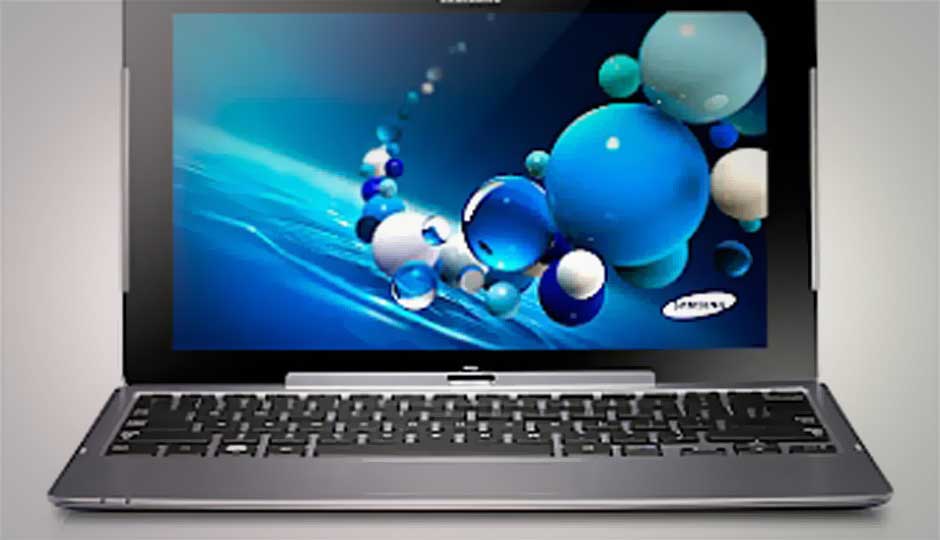 At the IFA event in Berlin, Samsung has introduced a new range of Windows 8 tablets - Series 5 and Series 7, featuring the company's S-Pen stylus and optional keyboard dock. Samsung has branded these products as ATIV slates in regions outside the U.S, and also introduced a Windows RT tablet, called the ATIV Tab.

The Samsung ATIV Smart PC Pro features an Intel Core i5 processor, 4GB of RAM and up to 256GB SSD storage, 5MP rear and 2MP front camera and Bluetooth 4.0. It has 8 hours of battery life. The device measures 304.0 x 189.4 x 11.89mm (without keyboard). Check out the full specifications of the ATIV Smart PC Pro here.

The Samsung ATIV Smart PC measures 304.0 x 189.4 x 9.9mm without keyboard. It features an  Intel Atom processor, Intel HD Graphics, up to 128GB storage, Bluetooth 4.0 connectivity, an 8MP rear camera, and a 2MP front camera. The ATIV Smart PC is expected to deliver up to 13.5 hours of battery life. Check out the full specifications of the ATIV Smart PC here.

The Samsung Series 7 slate costs $1,199, while the Series 5 comes in two variants – one with keyboard dock costs $749 and one without is priced at $649. All of the products are slated to hit shelves on October 26.

The Samsung ATIV Tab has a 10.1-inch display has a 1366x768 resolution, and the tablet is 8.9mm thick. It has 1.5GHz dual-core processor, 2GB of RAM and a mid-size 8,200mAh battery. Alongside the standard Wi-Fi and Bluetooth 4.0, the ATIV Tab features USB 2.0 port and NFC. The device comes with a free 60-day trial of Microsoft Office 2010. To read the full specifications of the device, click here.

“Samsung is delighted to introduce a wide portfolio of Windows 8 and Windows Phone 8-powered devices. With our leadership in design and technology and Microsoft’s leadership in operating systems, together we are able to provide customers with a full range of ATIV devices for cross-category convergence,” said Seong Woo Nam, Executive Vice President of IT Solutions Business at Samsung Electronics.

Meanwhile, check out other product launches at the IFA 2012 event here.