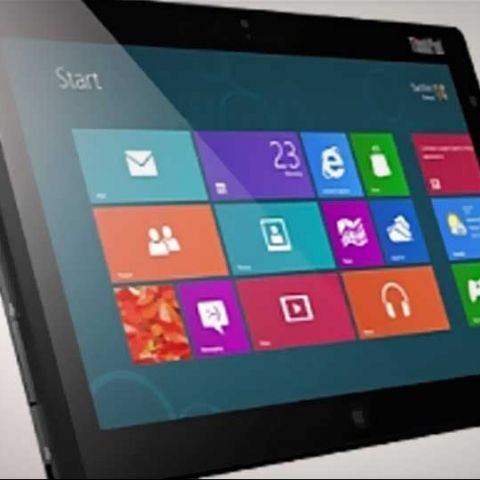 As the Windows 8 release date nears, we are seeing a number of devices being announced running on the latest PC / tablet platform. At the IFA 2012 event in Berlin, Lenovo introduced its Windows 8 Pro-based tablet called 'ThinkPad Tablet 2'. Like the Samsung's ATIV tablets, the ThinkPad Tablet 2 also comes with an optional keyboard dock that helps transform the device into a full-desktop.

Lenovo has already announced its Windows 8-based ThinkPad Tablet 2. The Tablet 2 is said to be the Windows version of the original Android-based ThinkPad tablet. The device also comes with an optional pen and digitizer.

“Customers want a versatile device that fits their lifestyle and the many ways they use technology,” said Dilip Bhatia, vice president and general manager, ThinkPad Business Unit. “Our new ThinkPad Tablet 2 marries incredible hardware and software to give consumers a great device for office, home or travel while also offering companies and IT managers the oversight they need to help secure and manage their company’s networks and data.”

“For the next generation of Lenovo PCs, designed to be great with Windows 8, we’re working closer than ever with Microsoft Corp. and our silicon partners. Today we are excited to reveal the fruit of this collaborative co-engineering, the ThinkPad Tablet 2, a joint effort between Lenovo, Microsoft and Intel.”