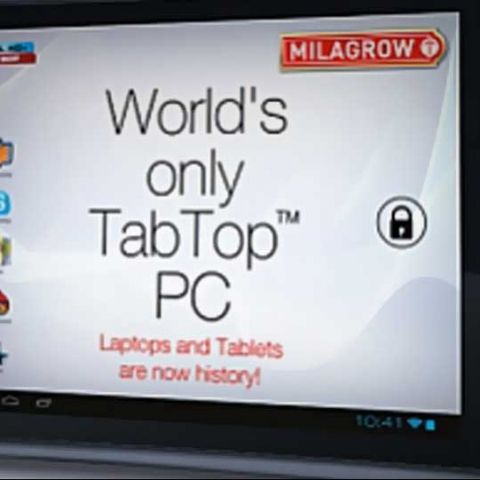 The Milagrow TabTop 7.4 features a 4,000 mAh battery, which is rated to deliver up to 11 hours of backup time. It also comes with a 1.3MP front-facing camera, with such features as Face Detection, Instant Focus, and 6x digital zoom.

Other features of a the Milagrow TabTop 7.4 include 4G/3G/2G compatibility via USB dongles, Wi-Fi and Ethernet connectivity, external hard disk support up to 500GB, microSD card support up to 32GB, and an integrated microphone.

According to Milagrow, the TabTop 7.4 offers the fastest wake-up time and boot-time in the segment, at 0.5 seconds and 39.5 seconds respectively. Speaking at the launch of the tablet, Milagrow founder, Rajeev Karwal said:

"We are committed to providing the world's best technology to the Indian consumer even as we keep the market realities in mind. With so many non-serious players in the market who just want to exploit the opportunity, it is a tough task to keep coming up with quality products at affordable prices. I am proud of our team to have given the most potent, world's only TabTop 7.4 to the Indian market." 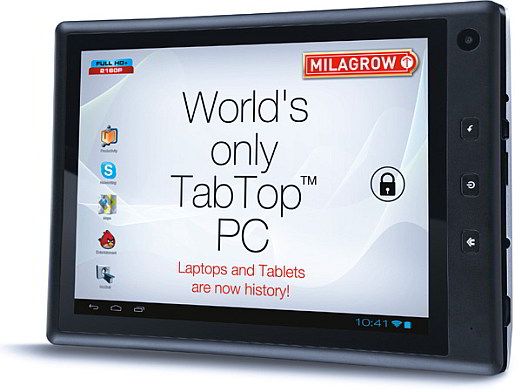