iBerry has announced the Auxus AX03G in India, the successor to its recently launched tablet, the Auxus AX02. The Auxus AX02 was one of the first budget tablets to run Google’s latest OS, Android 4.0 Ice Cream Sandwich. 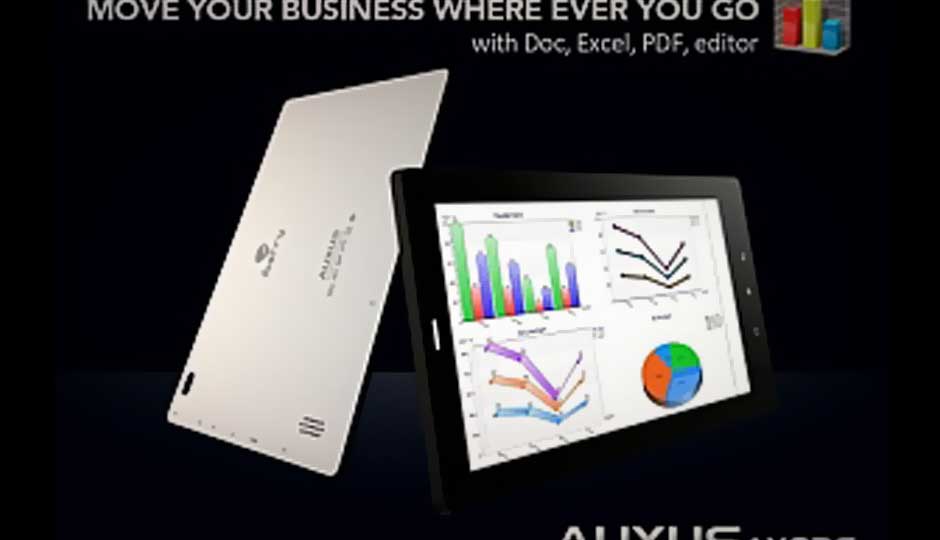 iBerry has announced the Auxus AX03G in India, the successor to its recently launched tablet, the Auxus AX02.

The iBerry Auxus AX02 was one of the first budget tablets to run Google’s latest OS, Android 4.0 Ice Cream Sandwich. The Auxus AX03G will also run the same OS. 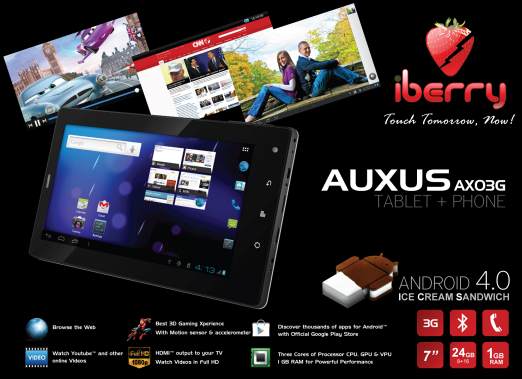 The Auxus 02 was a very good performer as a budget tablet. It has all the points in its favour – a good touchscreen, smooth running of apps and multimedia and a good build. Also, check out our detailed review of the iBerry Auxus AX 02.

The biggest bump on the iBerry Auxus AX03G is in the hardware under the hood when compared to its predecessor. It has 1GB RAM as compared to 512MB on the Auxus 02, a dual Mali-400 GPU and 24GB storage (built-in 8GB NAND Flash external 16GB microSD card) along with expandable memory via microSD slot up to 32GB.

Until now, we have seen a bunch of budget ICS tablets launch such as the Micromax Funbook, HCL MeTab U1 and the Zync Z990 to name a few.

iBerry has made the first move in upping the specification on a budget tablet that runs ICS. What remains to be seen is how the competition reacts to this and when can we see the next generation of budget tablets hit the streets from the likes of Micromax HCL and more. We are still waiting to see the first generation ICS tablets from manufacturers such as iBall, Intex and Mercury who are also contenders in the war of the budget tablets. 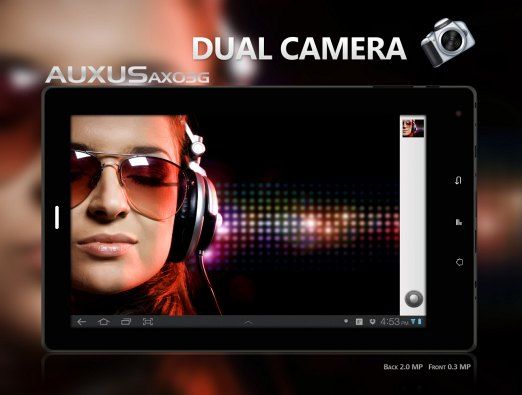