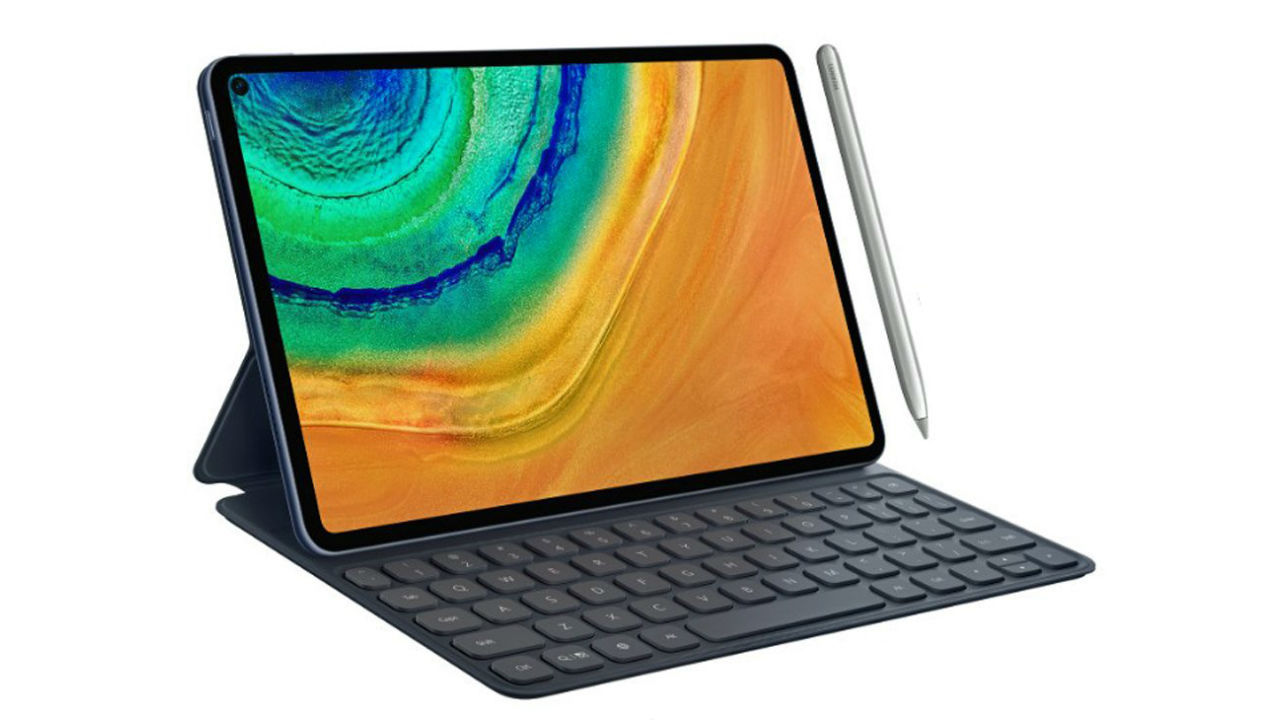 Looks like Huawei is preparing to launch a new tablet in the market. Notable leakster, Evan Blass aka @evleaks, has posted a picture of the upcoming device on Twitter and claims that it will be called the Huawei MatePad Pro. The image suggests that the device may feature a punch-hole camera design, with a keyboard accessory and a stylus that will most likely attach to the body of the tablet magnetically.

Other details about the tablet are not yet known. However, a few weeks ago, 91mobiles posted a few images of an upcoming Huawei tablet that it called the MediaPad M7. However, since then the publication seems to have agreed with Blass that the tablet is indeed the MediaPad Pro. Based on their images, the device may feature a dual-rear camera setup as well as a USB Type-C port.

The exact specifications of the MediaPad Pro are not yet know, but it is possible that the Chinese manufacturer will be planning to compete with the Apple iPad Pro with their new device. In that case, the device will have to pack some top-of-the-line specs such as the company’s Kirin 990 chipset. However, it is still not yet known if the tablet will be powered by Android or some other OS. It is possible that Huawei might do the same thing it did with its recently launched Mate 30 series of smartphones. These new phones do not come with Google Play Services. Instead, it comes with Huawei Mobile Services, which is open-source, and will act as a substitute. Users will have to create a Huawei ID in order to access all the features such as the app store, cloud services and more.