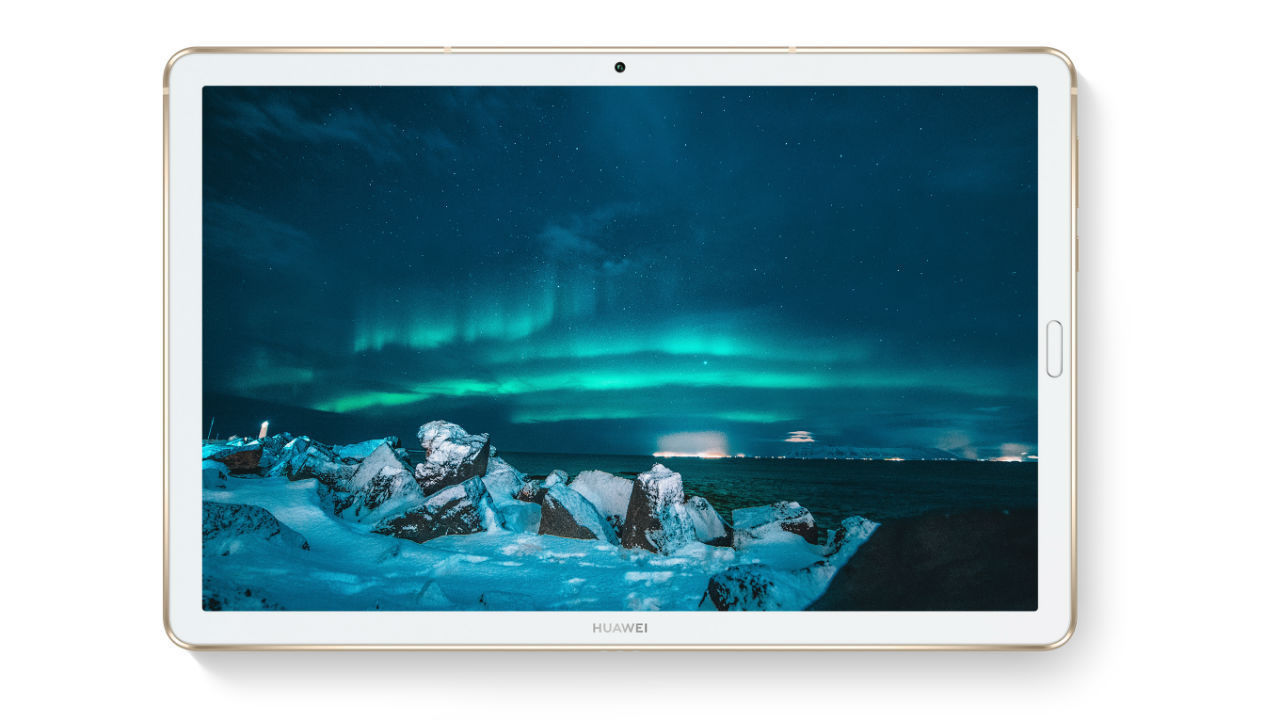 The tablet is expected to compete with the iPad.

The device is available in two variants.

Huawei is expected to launch a tablet in India in the first week of March to take on the iPad. Currently, Huawei sells two tablets in India - Huawei MediaPad T5 and the Huawei MediaPad M5 lite. Both the tablets have a 10.1-inch display. Huawei aims to take on the iPad with the launch of the new tablet. At this stage, it is speculated that the new tablet is the MediaPad M6 that is currently available internationally. Digit has learned that the tablet will launch in the first week of March and will boast of inbuilt Harman Kardon quad speakers. It is also speculated to bring a premium design and a large display. The expected price of the tablet is between Rs 20,000 and Rs 25,000.

The Huawei MediaPad M6 has a quad-speaker setup with Harman Kardon speakers. So putting two and two together, we think Huawei will launch the M6 in India. Speaking of the specifications, the tablet has a 10.8-inch display with a 2560x1600 pixel resolution giving it a pixel density of 280 PPI. It has an IPS panel. Under the hood, it runs on the Kirin 980 SoC coupled with either 4GB or 6GB LPDDR4x RAM. For storage, it has 4GB, 128GB and 256GB options. It isn’t clear which storage variant or RAM variant will launch in India. The Tablet runs on EMUI based on Android 10. For the optics, the camera has an 8MP front camera with a fixed focus and a 13MP rear camera with auto-focus.

The Huawei M6 weighs 498 grams and comes in two colour options - Champagne Gold and Titanium Grey. A 7500mAh battery powers the entire package. Apart from Wi-Fi and Bluetooth, the tablet also supports LTE. As mentioned above, the tablet has 4 speakers powered by Harman Kardon.

In the box, you get the Huawei M6 tablet, a charger, Type-C cable, SIM eject tool, quick start guide, and a warranty card. Optional accessories include the Huawei M-Pen lite, Folio Cover, and a smart magnetic keyboard.

If the Huawei M6 is priced closer to the 20k price point, it could be an attractive proposition. Currently, the cheapest iPad which is the entry-level 10.2-inch retina display iPad has a starting price of Rs 29,990 for the Wi-Fi-only 32GB variant. The iPad is available in three colours - Silver, Space Grey, and Gold. It is powered by the A10 Fusion chip and also boasts of Touch ID. It is compatible with the first-generation Apple Pencil and is also compatible with the smart keyboard.