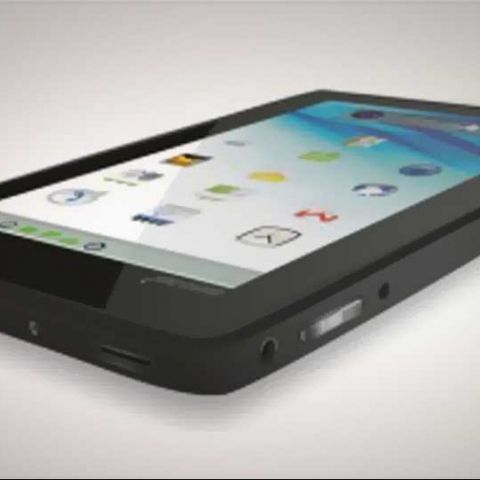 Even as the Indian government's ambitious ultra low-cost Aakash 2 tablet is yet to see the light of day, Union Human Resources Development Minister Pallam Raju has revealed an upgraded version of the slate, dubbed as the Aakash 3, is in the works. The minister says the Aakash 3 will be a 'faster' and 'better' product.

Citing a senior ministry official, The Hindu in a report says the production of the Aakash 2 hasn't taken off adequately. Despite the fact that DataWind hasn't delivered half the required tablets, work on the third generation of the tablet has already begun, says the report.

IIT Bombay had ordered one lakh Aakash 2 but DataWind, the company spearheading the project, already missed the deadline and is now supposed to deliver all the units by March 31. But, it looks highly unlikely that the tablets will be delivered within the given deadline.

"Even if Aakash fails, others (cheap tablets from private companies) have cropped up, which is a good thing,” the minister is quoted as saying.

In the meanwhile, DataWind has already listed the some details of the Aakash 3 on its website.

“The third generation of Aakash is expected to be launched in mid-2013. The specifications are expected to be finalized by the NMEICT (National Mission for Education through Information Communication Technology) before end of March 2013. DataWind recommends that Aakash 3 also include an embedded cellular modem, allowing it to take a regular SIM and provide anytime/anywhere internet connectivity,” says DataWind.

According to DataWind, the Aakash 3 will have specifications similar to the company's the UbiSlate 7C tablet, which is priced at Rs. 4,999.

Reports that the Aakash 3 is in the works had first surfaced in December 2012. The reports then said the third generation Aakash tablet comes with new features without change in price. The Aakash 3 will come with a faster processor, which will support both Linux and Android operating systems. The device may come with a SIM card slot, allowing people to use the device as a communication device.

In an interview with Digit, DataWind CEO Suneet Singh Tuli had said that the next generation of the Aakash could come with features such as GPRS and/or even 3G functionality and may look at 9-inch and 14-inch form factors. You can check out the complete interview here.