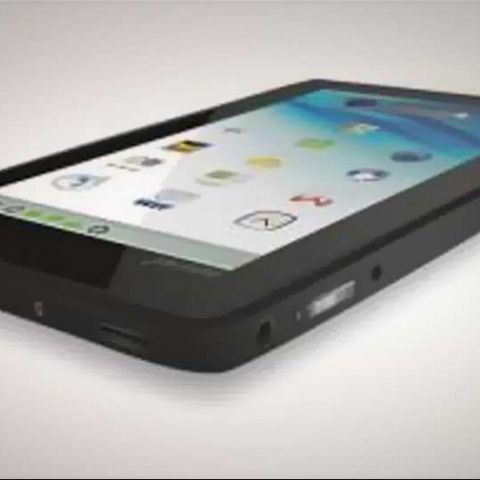 After completion of the Aakash 2 project, the government is now officially gearing up for the fourth version of the ultra low-cost tablet, which is said to bridge the digital divide in the country.

Confirming the development, the department of Electronics and Information Technology says in a release: "A Sub-Committee comprising of technical experts has prepared the proposed vendor neutral Technical Specifications of Aakash IV, which specify minimum hardware requirements, minimum software requirements, mechanical and environmental specifications, safety and other standards compliance, maintenance and serviceability, other features, contents of tablet package and testing criteria. These specifications have been developed with a view to have a low cost device.”

The proposed specifications of the Aakash 4 include a 7-inch LCD display with at least an 800x480 pixel resolution with 16-bit or higher colour depth. LCD brightness should be a minimum of 290 cd/m2, and its contrast ratio should be a minimum of 500. For input, the government proposes multi-point projective capacitive touch with a minimum capability of five simultaneous touches.

For operating system, the government proposes an open source operating system complying with an Open License approved by the Open Source Initiative (OSI) - Default installed OS should be latest Android stable version (At the time of drafting this specification, it is Android 4.2.1 (Jelly Bean)) and Dual bootable (through external SD Card) GNU/Linux distribution (Latest Ubuntu).

The proposed processor of the Aakash 4 should score at least 1469 points in Antutu, a popular Android benchmark. For memory, the government specifies the Aakash 4 should have a minimum of 1GB DDR3 RAM. The tablet is likely to come with at least 4GB internal storage and support for up to a 32GB micro SD card. The government also wants the Aakash 4 to have support for external USB storage devices, keyboard, mouse, popular 3G/4G data dongles, USB to ethernet adapters and USB printers. You can check out the proposed Aakash 4 specifications in detail here.

The government asks all interested stakeholders to give their comments on the proposed technical specifications of Aakash IV device over a period of two weeks.

The Aakash is one of the important projects of the Indian government. In July 2010, the Minister of Human Resource Development, Sri Kapil Sibal unveiled a prototype of the ultra low-cost tablet, then dubbed as Sakshat.

The tablet was officially launched as Aakash in New Delhi on 5 October 2011. The Ministry of Human Resource Development, Government of India later announced an upgraded second-generation model called Aakash 2 in April 2012. DataWind, the company spearheading the project, recently announced completing the Aaksh 2 project.