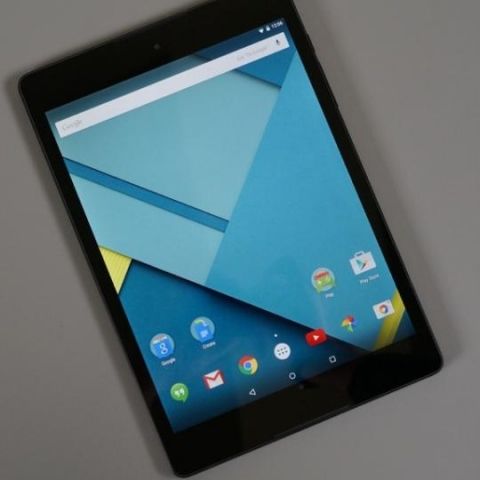 The Google Nexus 9 has an 8.9-inch IPS LCD display with 2048 x 1536 pixels resolution with Gorilla Glass 3 protection. The tablet has a thin bezel and brushed metal sides. It is powered by a 64-bit Nvidia Tegra K1 2.3 GHz processor along with 2 GB of RAM and runs the latest Android 5.0 Lollipop operating system.

Connectivity options included in the Google Nexus 9 are GPS, Wi-Fi, NFC, Bluetooth, 3.5mm audio jack and Micro-USB. It features dual front-facing speakers with HTC's Boomsound and dual microphones. The tablet is backed by a 6700mAh battery that according to the company listing delivers up to 9.5 hours of browsing time and 30 days of standby time. The 32GB LTE variant is available in Indigo Black color on Amazon India.

It may be recalled the Nexus 9 had launched in India in December last year.

Last year the HTC Nexus 9 tablet's 16 GB Wi-Fi-only variant went on sale in India at Rs. 28,900. However the availability and pricing of the 32GB variant has still not been revealed.

According to reports, HTC is working on a new 9 inch tablet inspired by the Google Nexus 9. The tablet will feature the same 9-inch display and 4:3 aspect ratio, while the hardware specifications may be slightly different. HTC's next tablet is expected to arrive in the second half of 2015.