A recent GFX Benchmark suggests that Xiaomi is working on a 9.2 inch tablet with SIM capabilities. 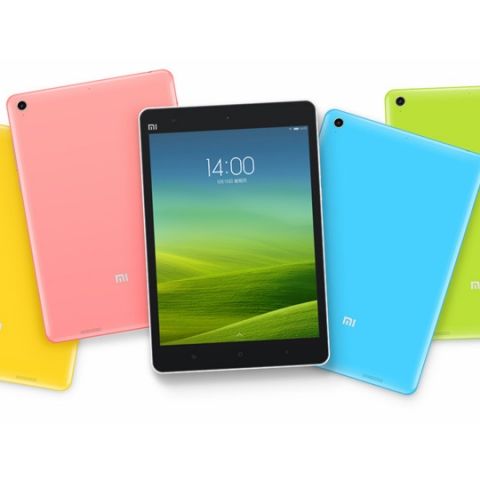 After making headlines all over Asia for its low priced devices, Chinese OEM Xiaomi is gearing up for a 9.2-inch tablet. A recent mystery device was spotted on GFXBench codenamed Xiaomi 2014811 with a 9.2 inch display with a resolution of 1280 x 720 pixels.

The mystery device in question is powered by a Qualcomm Snapdragon 410 with CPUs clocked at 1.2GHz and comes with an Adreno 306 GPU. Given specs also suggest 1GB RAM and 8GB of internal storage. GFXBench also revealed that the device supports a single SIM and runs on Android 4.4.4. 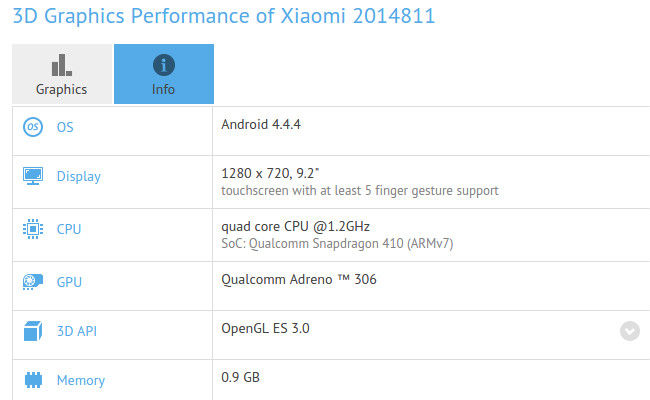 So far Xiaomi is not sure about its tablet plans in India, since the Mi Pad is still not available in the Indian market. Earlier this year, Xiaomi also announced the Redmi Note but we haven't seen that out in the open either.

Let’s see if Xiaomi is willing to make bigger commitments to bring rest of its device lineup to India. Let us know what you think about Xiaomi products in the comments section below.