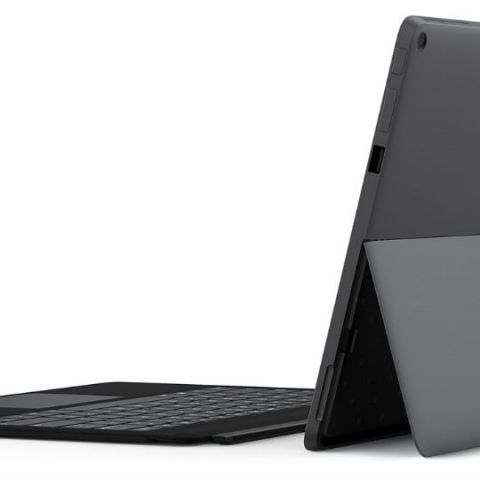 Microsoft Surface Pro 4 continues to be the best laptop/tablet hybrid in the market right now. Microsoft's device has seen challenge from Windows OEMs like HP, Lenovo, Asus and even inspired Apple to make a similar device named iPad Pro. Now Eve, a Helsinki-based startup thinks it can beat Microsoft to its own game with the Eve V.

Eve V is a standard tablet/laptop hybrid like the Surface Pro 4 and runs Windows 10. It starts at $1399 and is available for preorder from Indiegogo, where the device has been backordered till April 2017. The product has such compelling specifications that even Microsoft CEO Satya Nadella has his eyes set on this product.

"Even Microsoft CEO Satya Nadella has taken an interest in the Eve V project after reading about it and will be getting a unit to try out when it starts shipping in February," Eve CEO Konstantinos Karatsevidis told Business Insider.

Microsoft created Surface range of hardware products in order to inspire other OEMs to build similar or better products. While Windows OEM partners have managed to create Surface like products, not all of them have been really good. Eve V is different because "it's a device built by power users, for power users" says Karatsevidis.

Eve V features a 12.3-inch IGZO LCD display with a resolution of 2736 x 1824 pixels. The hybrid device starts with 7th generation Core m3 and can be configured with up to Core i7 processor. There is an option of 8 or 16GB RAM and up to 512GB SSD storage.

Eve V really beats Surface Pro 4 when it comes to port selection. Eve V offers 2 full-size USB 3.1 port, one USB-C port, one USB-C with Thunderbolt 3 support. It also has microSDXC slot and audio jack. There is even fingerprint sensor to make it feel like a smartphone. Eve V comes with quad speakers and supports Windows Ink-based stylus. The hybrid device also comes with alcantara magnetic keyboard like the Surface keyboard.

The device does everything that Surface Pro 4 does and even betters it by adding wider port selection and latest seventh generation processor. In order to turn the product into more than concept, Eve has managed to rope in Intel and Microsoft has partners. Eve says the IndieGoGo campaign funding will only be used to cover manufacturing costs and handle preorders. At the time of writing, Eve had raised $985,647, 1314 percent of its $75,000 goal.

Many OEMs have tried building a device that competes with Surface range but none have managed to catch the attention of Microsoft. With that under belt, Eve looks promising but will it deliver - that only time can answer.