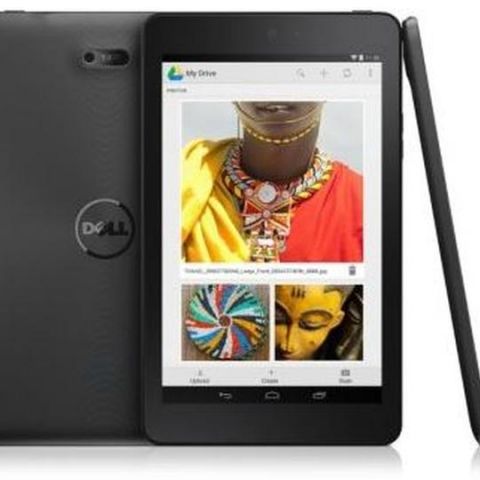 First up is the Dell Venue 7. The tablet has a 7-inch display with 1280x800 pixels resolution. It runs Android 4.4 KitKat and is powered by a 1.6GHz dual-core Intel Atom Z3460 processor along with 1GB of RAM. The tablet has a 5MP rear camera and 2MP front facing camera. It comes with 16GB of built-in storage, and supports additional storage up to 64GB via microSD. It is powered by a  4550mAh battery.