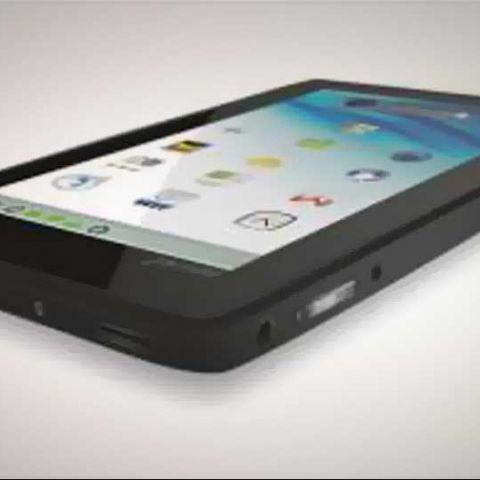 After shipping 100,000 units of the Aakash 2 tablet, DataWind is now aiming to bag the next government tender for the tablet, also dubbed as the Aakash 3. Along with upgraded specifications, the company says it's ready to offer the slate at a price point of Rs. 2,500, excluding sales tax and duties, Rs. 345 higher from the Aakash 2 price – Rs. 2,263 including 5 percent sales tax.

DataWind at its Friday conference where it showcased the UbiSlate 7C , the proposed Aakash 3 slate, also welcomed the new Preferential Market Access policy norms, which make it mandatory for the government bodies to procure tablets including tablets that have at least 30 per cent components made locally.

“We have set up an LCD touchscreen unit in Amritsar. Therefore, Datawind will comply to the norms of 30 per cent value addition in the product from India. I would like government to strictly implement it. It is good for the country and will encourage electronics manufacturing in the country,” DataWind CEO Suneet Singh Tuli is quoted as saying.

The tablet comes with SIM slot as well as supports Wi-Fi, EDGE (quad-band) and 3G via USB dongle. It has 512MB of RAM. The built-in storage of the UbiSlate 7C is 4GB, and it has a microSD slot that allows additional storage up to 32GB.