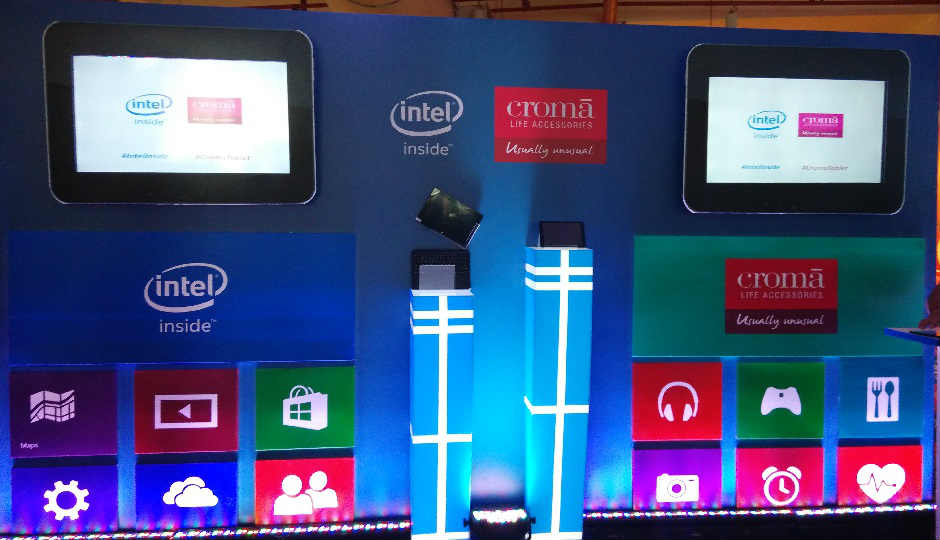 The Croma 1177 is a 10.1 inch tablet running on Windows 8.1. The tablet comes with Microsoft Office 2013 student edition preloaded for all your Word and Excel needs. It is powered by an Intel Atom Z3735D which is a quad-core processor clocked at 1.33 GHz and is joined by 2 GB of RAM. The processor also has a 311 MHz onboard graphic chip (Intel HD Graphics) which can handle basic games. The tablet comes with 32 GB inbuilt storage which can be extended to 128 GB with help of a microSD card. The tablet also houses two cameras 2 MP cameras, one at the back and one at the front of the device. The device’s usability is increased by its 3G capability as the tablet supports a 3G SIM as well as 3G data dongles. Croma 1177 comes with a detachable keyboard with a flip cover which really makes the tablet a nice “on the go” work machine.

As for the design, the tablet has a pretty basic design and it has one mini USB port, one HDMI port, one power port, a SIM tray and a microSD card slot on the left side besides the 3.5mm headphone jack which is on the right side of the tablet. The back of the tablet is made of a soft-touch material which is quite necessary as the tablet is a bit on the heavier side (around 600gms) and one hand use would definitely strain your hand.

As for the design, Croma has kept it minimal and to decrease the bezels the Windows button has been shifted to the side of the device. The tablet also has the soft-touch back and has the same set of ports as its bigger cousin the Croma 1177 tablet sans the 3G SIM capabilities.

Croma has announced that both tablets will be available at all 101 Croma stores across 16 cities in India and also from its website within the next week. Croma is also in talks with some other undisclosed e-commerce websites to sell their products online. Both tablets hit a sweet price point when compared to other Windows tablets in the market and could become the choice of many.