Acer has announced a variety of devices at the Computex 2013 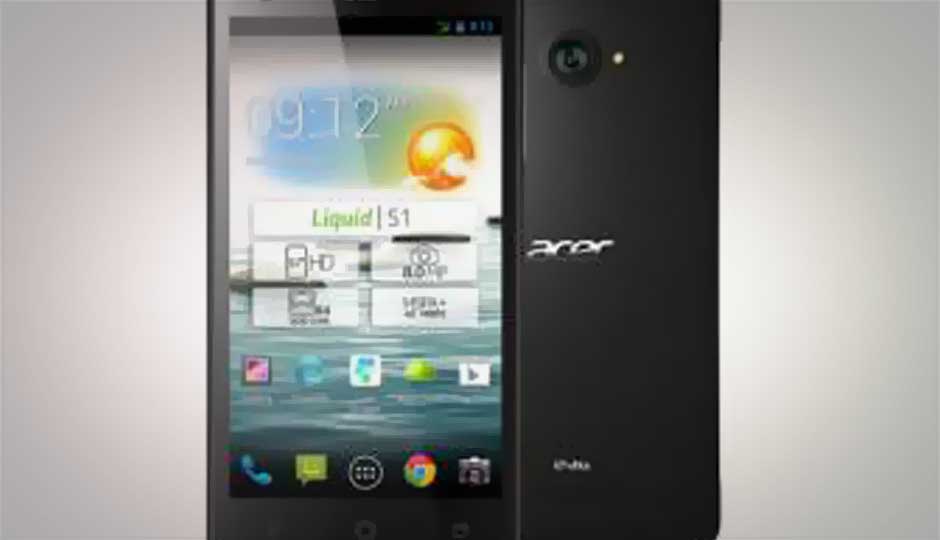 The Computex 2013 kicks off with Acer's press conference where the company has announced a variety of devices. Starting with the Acer Liquid S1, the phablet shows off a 5.7-inch display with a 1280x720 pixel resolution. The phablet boasts of dual-SIM capabilities and runs Android 4.2 Jelly Bean.

The phablet is powered by a 1.5GHz quad-core processor and 1GB of RAM. For the most part, the UI of the phablet is stock Android but the UI is slightly skinned.

Building cloud storage into the phablet, the device comes with AcerCloud Docs built-in. Users can also remotely access files from their PC through Acer Remote Files.

Acer Float User Interface allows several app windows to stay open so users can multitask without the need to close a particular app. Apps included in the Float User Interface are camera, maps, calculator and notes. A Float Caller notification ensures that users will not be interrupted by incoming calls that take over the full screen.

The Liquid S1 is mainly aimed at the Asian and European markets. The shipping is slated to begin in Q3 2013 with France, Belgium, Netherlands, Ukraine, Russia, UK and Germany, followed by Spain and Italy. The device will be priced at €349 (Rs. 25,600 approx.). 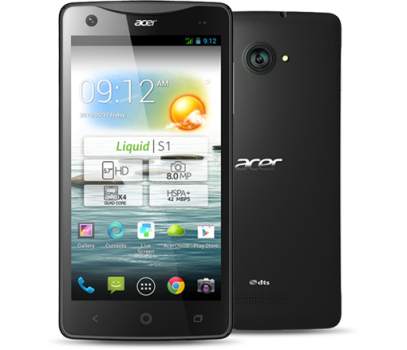 At the Computex 2013, Acer has added a Windows 8 tablet to its portfolio, the Acer Iconia W3. Taking on the likes of the iPad mini and the Samsung Galaxy Note 510, the Acer Iconia W3 has an 8-inch display. The device weighs just over one pound and measures in at 0.5-inches in thickness. Acer says that the tablet will deliver eight hours of battery life. The 8-inch display of the tablet has a 1280x800 pixel resolution.

Acer has added a full version of Office on the tablet. Those interested can pick up the version of the tablet that ships with a full sized keyboard accessory priced at $90 (Rs. 5000 approx.). In terms of its connectivity options, the tablet has Wi-Fi, Bluetooth 4.0, HDMI Out and microUSB. It also houses a rear and front facing 2MP camera.

Next up we have the Acer Aspire S7 and the S3 Ultrabooks. The S7 has a 13-inch form factor with a Gorilla Glass lid. The display has a 2,560 x 1,440 pixel resolution. Acer has upgraded the processor of the ultrabook to Haswell CPUs (Core i3, i5 and i7) and also houses a 47Wh battery, which is also an upgrade from its predecessor.

Acer has also revamped its midrange Ultrabook, the Aspire S3. The biggest difference between the two Ultrabooks is that the S3 doesn’t have a Gorilla Glass lid. It is also slightly heavier than the S7. Under the hood you get a 1TB HDD with an optional SSD. It has a 1080p IPS touchscreen display, Haswell CPU and the NVIDIA GT735M GPU.

You can check out our slideshow of the Acer Aspire S7 here.