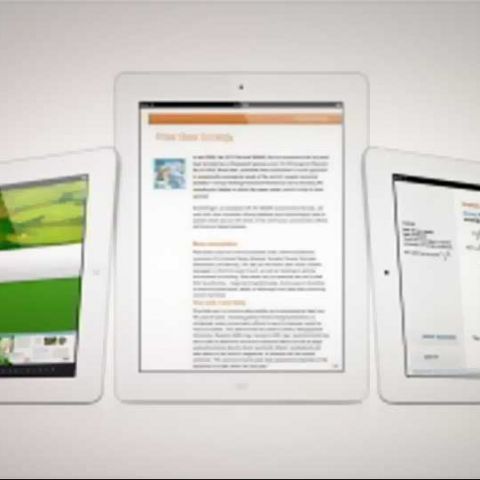 A major school in Nanjing, China, has announced it will start using Apple iPad tablets as the primary medium of instruction for its senior year students – doing away with school bags and books, while purportedly promoting real-time student-teacher interaction.

Jinling High School made the announcement on March 24, informing US-bound senior students that the new iPad-learning would begin with the new term, starting this September. The school is still considering whether to make the use of Apple iPad tablets a policy for all classes. The concept of educational tablets is of course, not especially new, and to emphasize that point, HCL just introduced two new high-school and university-level tablets yesterday. Although, of course, the step of replacing all study material with a  tablet is still quite unique.

Vice Director of the International department at Jinling High School, Mr. Xin Qihua, said that the iPad method of instruction would be especially useful for overseas-bound students, who will be able to use international electronic course and study material with ease. The move will also help reduce costs for both the students and the school themselves, in terms of books and materials, by up to 90 percent.

The debate around whether the iPad will truly bring a change for the better in the quality of education received by the students has been raging around the web since the announcement, with numerous sceptics questioning the move’s practicality, feeling the thrust would not improve the most vital part – the education system itself.

An obvious worry of course, is whether students might get distracted by non-course material on the iPad. Jinling High School, however, and its relevant class teachers, will aim to have “technical control over all the iPads,” and also ensure that no games will be installed.

Apple recently entered the education market in a big way back in January this year, with the launch of the iBooks 2 platform, iBooks Author course creation tool, and the updated iBookstore, along with the announcement of numerous content partnerships with major names in the business, such as Houghton Mifflin Harcourt, McGraw-Hill, and Pearson. It also enabled the iTunes U ecosystem for universities, allowing students to access various course content, from text to videos, on their iOS devices - Cambridge, Harvard, Oxford and Stanford have shown interest.