Indian smartphone and tablet manufacturer Micromax is making news at the Consumer Electronics Show by launching a tablet that supports dual-booting on Android Jelly Bean and Windows 8.1 We didn’t see this one coming, but Micromax has announced something exciting at the CES which is happening in Las Vegas. The company has announced a new convertible tablet called the Canvas Lap Tab which can dual-boot on Android 4.2.2 and Windows 8.1. 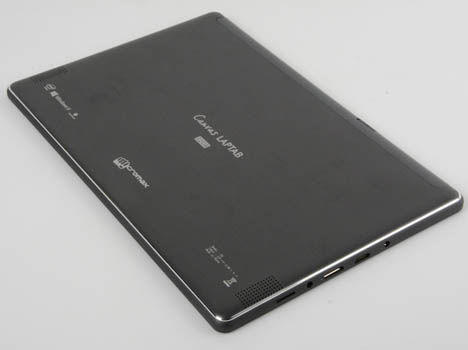 The tablet can also be converted into a laptop thanks to a transleeve cover and an attachable keyboard which has its own 230 mAh battery.

The Canvas Lap Tab, along with the accessories, will be hitting stores in the month of February.  The price of the device hasn’t been confirmed yet, but will update you as soon as we have more information.

Here are the full specifications of the Micromax Canvas Lap Tab: