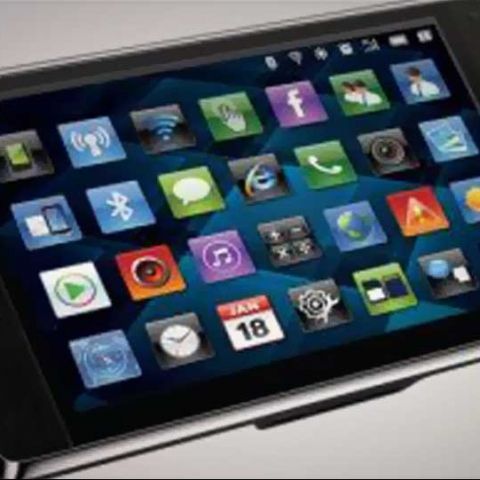 Amid all the media attention towards the new Aakash tablet, Beetel Teletech has silently rolled out its new tablet Beetel Magiq II. The new tablet is said to be the “stripped-down” version of the original Magiq Tablet. The Beetel Magiq II has been priced aggressively at Rs. 9,799. It's notable that the earlier version is priced at Rs. 9,999.

The Magiq II comes with a 768 Mhz processor and an 8GB microSD card. The original Magiq has 1GHz processor and an internal memory of 8GB. The Magiq II also runs on Android 2.2 Froyo operating system. Rest of the specs of the Beetel Magiq II are pretty the same with seven-inch display with 800x480 resolution, 2MP front and rear cameras, Li-ion 2200mAh battery, Comfy Stand, track pad and so on. Check out more details of the new Magiq II here.

The launch of Magiq II comes barely two months after it released its first Android tablet. According to Telecom Talk, the Beetel Magiq II is also a remodelled version of Huawei tablet IDEOS S7. The report further says the Magiq II is the Huawei S7 tablet with an upgraded operating system.

Are you interested in buying a stripped-down version of the Magiq tablet? We wonder if a Rs. 200 drop in price would be sufficient to swallow the performance drop. Let us know in the comments section below: