Ka-pow! That's the sound Barnes & Noble just made as it slashed the prices on its three, seven-inch Nook Tablets. In other words, the company isn't ready to throw in the towel against Amazon's mighty Kindle Fire tablets or Google's recently released Nexus 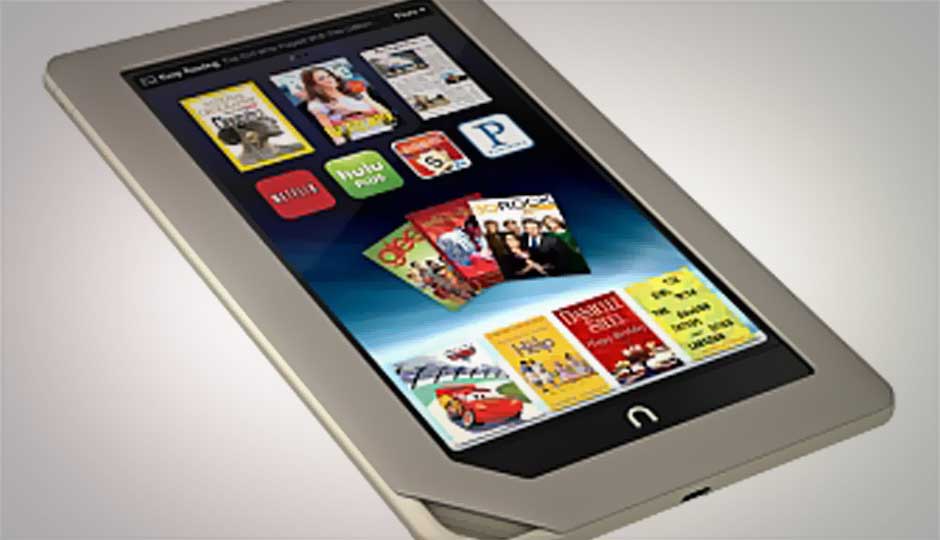 Ka-pow! That's the sound Barnes & Noble just made as it slashed the prices on its three, seven-inch Nook Tablets.

In other words, the company isn't ready to throw in the towel against Amazon's mighty Kindle Fire tablets or Google's recently released Nexus 7 device.

The 16-gigabyte Nook Tablet now equals the cost of Google's eight-gigabyte Nexus 7 and Amazon's eight-gigabyte Kindle Fire. However, it remains to be seen as to just how long Barnes & Noble's price advantage will work, especially given that new devices are rumored to be arriving from Amazon rather soon.

Talk around the Internet town has tapped August as the release month for Amazon's Kindle Fire 2, a seven-inch tablet that's expected to come in two varieties: One with a 1,024-by-600 resolution and no camera attached, and one with a 1,200-by-800 resolution and camera. Both devices should feature the same 216 pixel-per-inch density as Google's Nexus 7 – up around 40 pixels-per-inch from the first iteration of Amazon's Kindle Fire.

Additional chatter suggests that Amazon might release a third Kindle Fire later in the year, sporting a 1,200-by-800 display resolution, camera, and included 4G connectivity. The rumors get a little shakier when it comes to discussing Kindle Fires of the non-seven-inch variety: Amazon's alleged 8.9-inch Kindle Fire, which tends to jump from being "in" or "not in" the works with every passing month, would theoretically come out toward the end of the year – if it truly exists.

For more information about Barnes & Noble's Nook tablets – especially if you feel the slightest bit inclined to pick one up in the face of the new price drops – be sure to check out our full reviews of the Nook Tablet and Nook Color.