While Asus has already some innovative form factors with hybrid laptop-tablets like the Eee Pad Transformer and Slider, it seems the Taiwanese giant has more hidden beneath the covers. Asus has been teasing the rumoured PadFone for a while on its Facebook 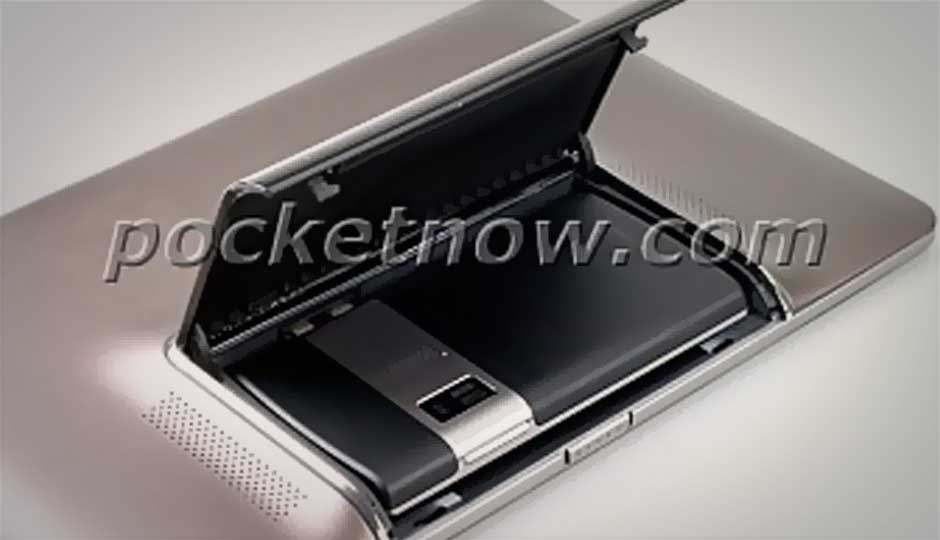 While Asus has already shown off some innovative form factors with hybrid laptop-tablets like the Eee Pad Transformer and Slider, it seems the Taiwanese giant has more hidden beneath the covers. Asus has been teasing the rumoured PadFone for a while on its Facebook page, with the slogan “Break the Rules: Pad or Phone.” Now, hours before Computex begins, images of the device have leaked, and been procured by pocketnow.com.

As seen in the images, the PadFone concept certainly looks interesting – an Android smartphone that can be docked completely inside a tablet shell, and power it – pretty much like the Motorola Atrix does with its laptop dock. You’ll therefore be able to use your phone as a tablet instead of the Atrix-like laptop. The tablet will sport its own battery of course. Some speculate a Transformer port can also be seen on the PadFone device, which could mean the PadFone could hook-up to a keyboard as well.

A small aperture can be seen on the PadFone’s enclosure on the tablet, presumably to allow the user access to the phone’s camera when in tablet mode. The PadFone would of course be expected to sport nothing less than a dual-core processor, and a whole lot of RAM. All this brings us to question what Asus will do in terms of software and interfaces.

Just how does Asus intent to power a tablet with an Android smartphone, presumably bearing Gingerbread? Honeycomb is much more suited, and is designed for larger, tablet-like form factors. Will Asus add some additional UI features for the tablet form factor, like Motorola did on the laptop dock? Or, will this be one of the first devices to sport Google’s Ice Cream Sandwich OS, when it comes out?

More details are expected at Computex, so stay tuned.... 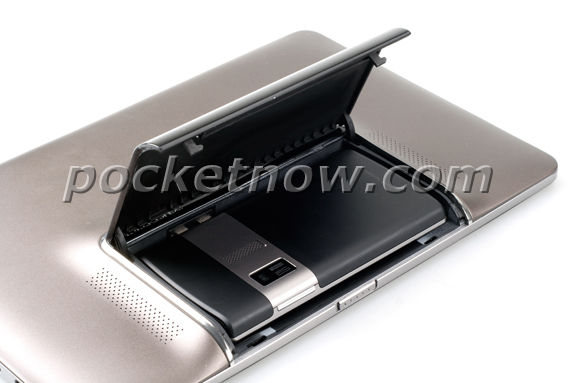