Asus ZenPad 3S 8.0 and ZenPad 10 are marginal updates to the company's existing ZenPad tablets. There is no word on pricing or availability of these tablets yet. 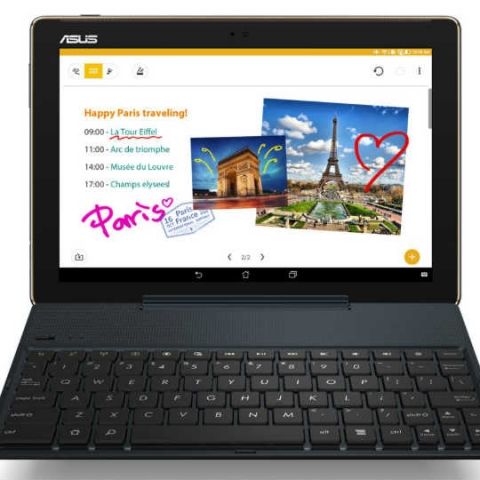 Asus has silently announced the launch of three new tablets at its Computex 2017 event in Taiwan. While the company focused on new laptops at its keynote event, it is also updating its tablet lineup with the launch of ZenPad 3S 8.0 and two ZenPad 10 models. As the name implies, the new Asus ZenPad 3S 8.0 with model number Z582KL is a marginal upgrade over ZenPad 3 8.0 Z581KL. The tablet features a 7.9-inch display with a 2K resolution of 2048 x 1536 pixels and runs Android 7.1 Nougat. The 6.9mm thick tablet is powered by Snapdragon 652 processor coupled with 4GB RAM and an option for either 32 or 64GB storage. It sports a 13MP rear camera and a 5MP front camera.

The company is also updating its 10-inch tablet lineup with the ZenPad 10 carrying model numbers Z301MFL and Z301ML. They both share the same design and offer identical specifications, except for the display resolution and processor variants.

The Asus ZenPad 10 Z301MFL is the higher-end model of the two with a 10.1-inch 1920 x 1200 pixel display. Powering the tablet is a quad-core MediaTek MT8735A processor clocked at 1.45GHz coupled with Mali-T720MP2 GPU. The tablet comes with either 2 or 3GB RAM and an option for either 16GB, 32GB or 64GB storage. The tablet features a 5MP rear camera, a 2MP front camera and an option for 3G or 4G data connectivity. The tablet runs Android 7.0 Nougat and will be available in blue, white and grey colour options.

The Asus Zenpad 10 Z301ML, on the other hand, also sports a 10.1-inch display with a lower resolution of 1280 x 800 pixels. Under the hood, it gets a quad-core MediaTek MT8735 CPU with a clock speed of 1.3GHz and an option for either 2GB or 3GB RAM and 16GB, 32GB or 64GB storage. The tablet also offers an optional keyboard dock and runs Android 7.0 Nougat. There is no word yet on pricing or retail availability of these tablets, but the company has already listed them on its website. With tablet sales declining globally, we will have to wait and watch hoe Asus' new tablet lineup fares in the market.