Apple's next iPad Pro model may have wireless charging support

None of the iPads in Apple's current tablet lineup supports wireless charging, but it looks like that's about to change soon. According to a new Bloomberg report, the Cupertino tech giant is working on a new version of the iPad Pro that supports wireless charging. And to accommodate the tech behind that, Apple is also said to switch to a glass back for the new models.

Both of these changes are quite significant to the tablet since its first release back in 2010. This would be the first iPad model to support wireless charging and they all have had an aluminum back so far, with the glass back entering the scene for the first time. 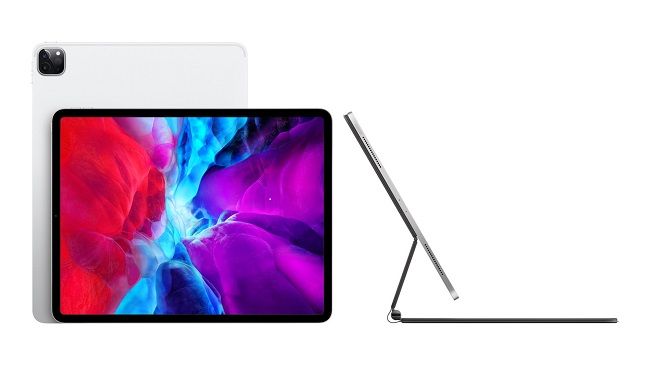 Apple is also said to be working on a magnetic charging system for the new iPad Pro similar to the MagSafe connector with the iPhone 12. In addition to that, we are also hearing that the company will add reverse wireless charging to these new iPad Pro models, allowing them to act as a wireless charger themselves.

Along with this new iPad Pro model, Apple is also said to be working on a new iPad Mini model that will reportedly hit the shelves later this year. This iPad Mini model is expected to have narrow bezels due to which it will mostly ditch the home button too. Going by that, it will also be the first iPad Mini design change in many years. It could be the same iPad Mini model that we've been hearing a lot about lately.

But that's all the info we have about these new iPads, at least for now. If we were to guess, the new iPad Pro will also be powered by the rumored M1X chip. Considering the fact that Apple only recently released the new M1 iPad Pro with its Mini LED display, this new iPad Pro with wireless charging may not arrive until next year. The new iPad Mini, however, is expected to come out by the end of this year, so let's hope for the best.