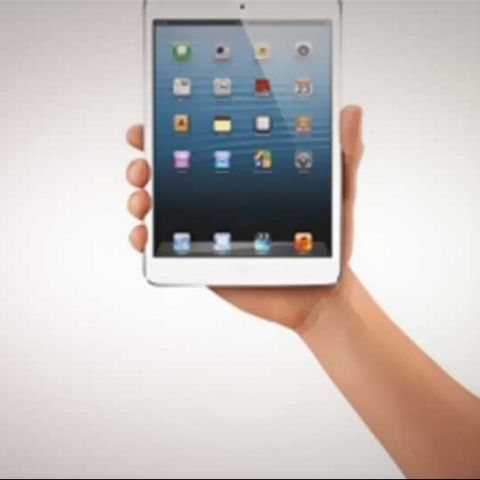 As expected, Apple today unveiled a smaller version of its iPad tablet, dubbed the iPad mini.

The iPad mini comes in at 7.5mm thin and 0.68 pounds, 23 percent thinner and 53 percent lighter than its 9.7-inch counterpart. "It's as thin as a pencil," Apple's Phil Schiller said.

Schiller said the Apple team "worked really hard" thinking about the size of the iPad mini. Cupertino wanted an iPad that was capable of running existing apps, but did not want a device that was so small "that it stops being incredibly usable."

"All the software made for the iPad works on the mini with no change," Schiller said.

Schiller compared the iPad mini to existing Android tablets, criticizing its rivals for using plastic materials, only making the screen 7 inches, and not having as many apps. "There is a gigantic difference in these products," he said. "They have phone applications stretched up, not tablet applications."

The iPad mini will include the new Lightning connector found on the iPhone 5. Apple is also offering new polyurethane Smart Covers for the iPad mini in pink, green, blue, light gray, dark gray and (PRODUCT) RED for $39.

"It is every inch an iPad," Schiller said.

Speaking of the iPad, Apple also gave its existing 9.7-inch iPad a boost.

Rumors about an iPad mini have been making the rounds for months - even before the launch of the new iPad. But Apple unveiled its Retina display iPad by itself earlier this year, opting to give the iPad mini its own show.