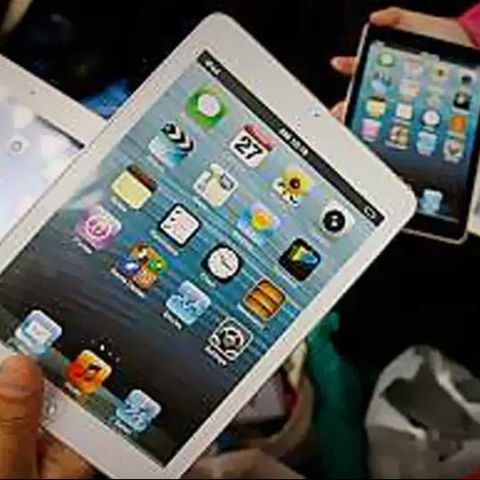 Despite rumours of a lukewarm, even tepid, response to the launch of Apple’s latest offerings, official figures released by the company confirm what seems to be a tradition – each time Apple launches a new product, they can barely keep up with the demand for it.

Apple announced in a press release today that it had sold three million pieces of its new iPad mini and 4th Gen iPad in the first three days since their launch. This is double the previous record of 1.5 million set during the launch of the Wi-Fi only models of the Third Generation iPad in March earlier this year.

Apple CEO Tim Cook commented that, “Customers around the world love the new iPad Mini and Fourth Generation iPad. We set a new launch weekend record and practically sold out of iPad minis. We’re working hard to build more quickly to meet the incredible demand for these products.”

Importantly, these sales figures are for the Wi-Fi only models of the iPad mini and the 4th Gen iPad, as the cellular network models of these products are not yet available. And although it may not sound like much, the fact that Apple was able to double the record set by its previous launch is simply astounding, given the fact that the Third Generation is less than a year old, and yet people are already eagerly buying the Fourth Generation. The iPad mini, of course, is one of the most hotly anticipated products of the year, and its impressive sales figures come as no surprise - apart from being a cheaper alternative to Apple's larger tablets.

The tablet market is becoming extremely competitive now, with the formal launch of Windows 8 and the Microsoft Surface tablet, as well as the recently unveiled Android 4.2 Jelly Bean version of Google’s immensely popular Android platform. In such a scenario, achieving sales feats of the kind Apple has just posted is no easy task, and proves the enduring worth of the brand, despite recent complaints about certain features of the latest offerings from the company, such as Apple Maps.

A recent survey by IDC in fact showed that Apple’s share of the tablet market fell to 50% in Q3 of 2012, as compared to nearly 60% for the same period in 2011. Despite these apparent stumbles, Apple looks set to maintain its market share. And if the latest sales figures are any indication, the company will be making more than a few waves in the foreseeable future.