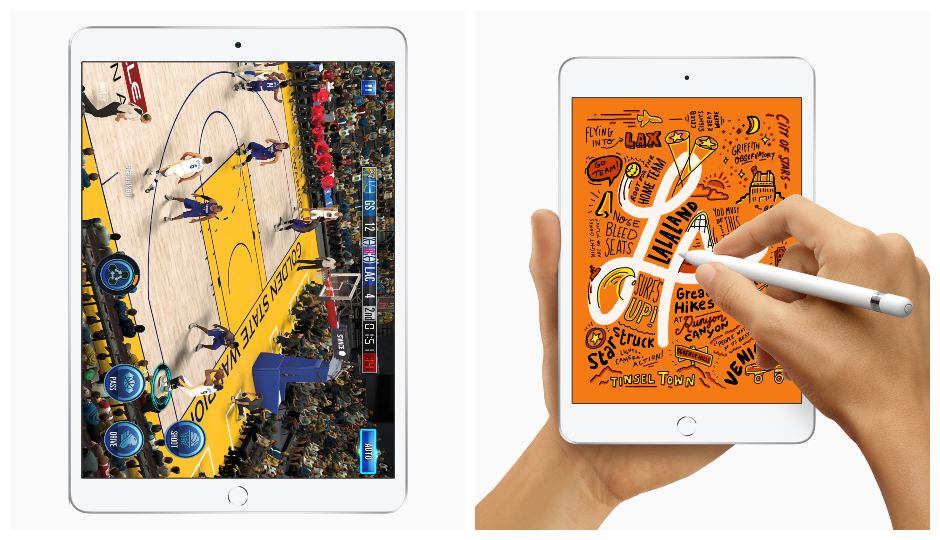 Apple has launched a new generation of the iPad Air and iPad mini. The iPad Air comes in the form of a 10.5-inch tablet powered by an A12 Bionic chip and Apple’s Neural Engine. The iPad mini, on the other hand, continues to be a 7.9-inch tablet but with support now for Apple Pencil. It also comes with a Retina display and an A12 Bionic chip. The new iPad Air starts at Rs 44,900, while the new iPad mini starts at Rs 34,900. Both models have currently been launched in the US and India availability will follow soon. The two new tablets are already listed on Apple's India website.

Apple claims that the new iPad Air brings a 70-percent boost in performance and a two-fold increase in graphics capability. When compared to the 9.7-inch iPad, its 10.5-inch Retina display with True Tone technology is 20 percent larger and gets more than half a million more pixels. The new iPad Air is available in select markets starting today in three colour options: silver, space gray, and gold. Storage options include 64GB and 256GB.

“iPad continues to provide magical new experiences for a growing range of uses where it is the absolute best device, from playing games in augmented reality to note-taking and drawing with Apple Pencil, from streaming HD movies and editing 4K films to learning to develop apps with Swift Playgrounds,” commented Phil Schiller, Apple’s Senior Vice President of Worldwide Marketing in the news release.