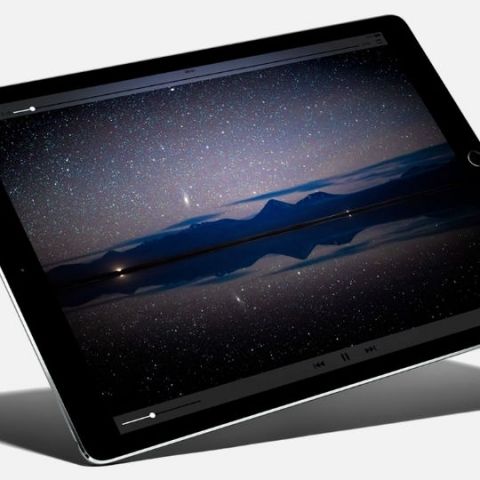 Apple has officially launched the iPad Pro in India. Prices for the tablet start at Rs. 67,900 for the 32GB WiFi-only variant, while the 128GB WiFi-only model will cost Rs. 79,900. The most expensive variant of the tablet, the 128GB WiFi+Cellular model, will cost Rs. 91,900. The company has also launched the Apple Pencil and Smart Keyboard in the country. The two accessories are priced at Rs. 8,600 and Rs. 14,900 respectively, and are sold separately.

The Apple iPad Pro was launched in September along with the iPhone 6s and 6s Plus. The tablet comes with a large 12.9-inch Retina display, and is powered by a 64-bit A9X chipset. At the back is an 8MP camera with a 1.2MP front camera. The iPad Pro also comes with a fingerprint sensor located on the Home button, and the company claims that the device can offer up to 10 hours of battery life. Apple also announced a new accessory called a Lightning to SD Card Camera Reader, priced at $29.99. The company says that it supports USB 3.0 data transfer speeds on the iPad Pro, while all other iPad and iPhone models will have to make do with USB 2.0 transfer speeds.