Apple, in a rather surprising turn of events, announced a new iPad Pro last night. The device was rumoured for some time, as was an event, but due to the ongoing Corona Virus situation, things had been uncertain. However, the cat is out of the bag and the new iPad Pro is here to stay. Offering the tablet in the same two sizes as the 2018 model, the new iPad Pro comes with a number of new hardware features. If you’re on the fence about which iPad Pro to get, here’s everything that’s the same, and everything that’s changed between the two tablets.

The 2018 iPad Pro shipped with the A12x Bionic SoC with 4 efficiency cores and 4 high-performance cores. The chipset incorporated a seven core GPU along with the M12 motion coprocessor. The new iPad Pro, according to Apple’s website, sports an A12z Bionic SoC. The new SoC features the same 8 CPU cores, but adds an extra core for the GPU, bringing the total core count to eight. There’s also an improved thermal design, which should help the CPU-GPU hit higher clocks for longer periods of time. We will be testing this out when we get the new iPad Pro for review. It is very interesting that Apple chose to stick to the A12-series of SoCs instead of coming up with an A13x Bionic SoC. Apple already uses the A13 Bionic in the new iPhone 11 (Review)  series of smartphones, so it would be logical to conclude that the company would put their flagship SoC in their flagship tablet (like they have done in the past).

The iPad, regardless of the generation, has always had a single camera, that it until now. The new iPad Pro 2020 comes with a dual-camera setup, the primary camera offering 12MP of resolution while the ultra-wide camera offers 10 megapixels of resolution and 11mm of field of view. The iPad Pro 2018 only sports a single 12-megapixel camera on the back. What is not yet known, however, is whether the new iPad Pro’s cameras will support the stellar night more that we’ve seen on the iPhone 11 Pro (Review), or whether creators will be able to shoot 4K video using both the cameras simultaneously, like on the iPhone 11 Pro (using third-party apps). 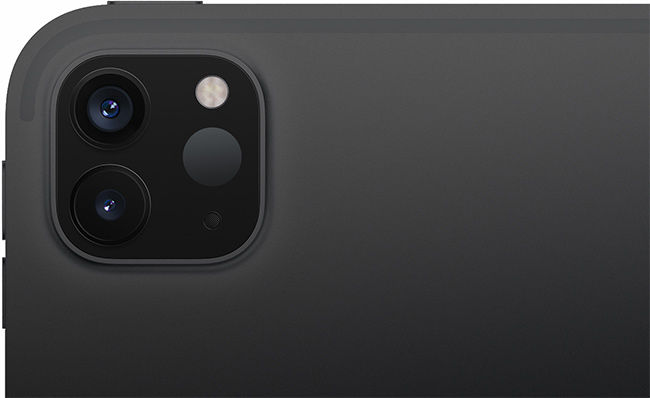 Augmented Reality has always been a major focus for Apple, and with the iPad Pro 2020 edition, the company is taking things one giant step forward. Embedded next to the dual cameras is a LiDAR sensor, essentially a Time of Flight sensor. Apple doesn’t list any specifics about the LiDAR system, except that it has a functional range of five feet regardless of whether it's indoors or outdoors. The 2018 iPad Pro relied on its singular camera to enable augmented reality, so it can be expected that AR experiences will be far better on the new iPad Pro.

The new iPad Pro models feature faster Wi-Fi modems in comparison to the 2018 iPad Pro. The new models are compatible with Wi-Fi standards going all the way to AX, supporting speeds of up to 1.2Gbps, whereas the older iPad Pro only supported speeds of up to 866Mbps.

A lot of the new iPad Pro remains the same in comparison to its previous generation model. For starters, regardless of whether you get the 11-inch model or the 12.9-inch model, the dimensions and weight are identical between the two generations. The two models also feature the same displays too, both with ProMotion (120Hz refresh rate), 600 nits peak brightness, and the same resolution with an effective pixel density of 264 PPI. Apple’s listing of the battery life also points to the same battery capacity as well. Both the tablets will work with the second-generation Apple Pencil 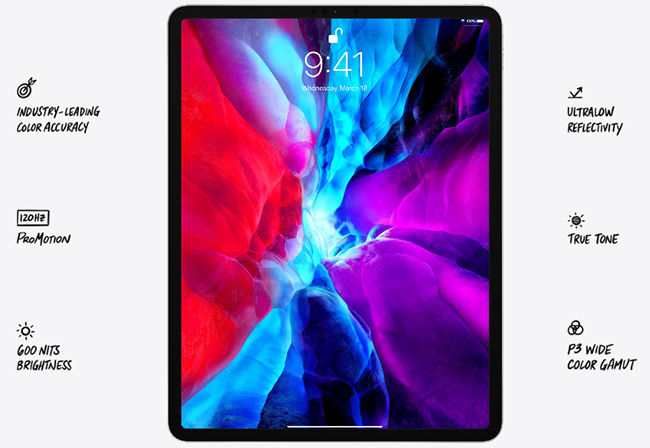 Which One Should You Buy

Now we’ve not talked about the new Magic Keyboard or the trackpad support that was announced alongside the 2020 iPad Pro models. This is because the trackpad support is actually part of the iPadOS update coming out on March 24, and the new keyboards will also be compatible with the 2018 iPad Pro models. If you live by the “newer is better” philosophy, then buying the 2020 iPad Pro models is a no brainer. Similarly, if you’re someone who could really benefit from the additional camera, then the new iPad Pro makes more sense for you as well. However, if you’re looking for a reliable tablet that can be a good substitute to your laptop for your travel, the 2018 iPad Pro can still very much handle its own. All you’d need is a nice keyboard to go with, and you’d be all set. Additionally, it should be pointed out that Apple has not announced any price drops on the 2018 iPad Pro, so don’t expect that you may be able to pick up the older model on the cheap once the new one is launched.