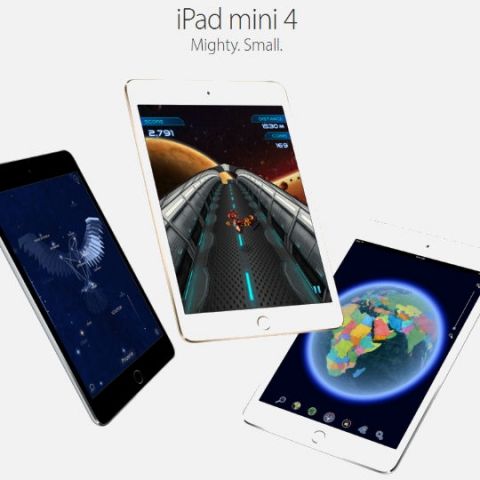 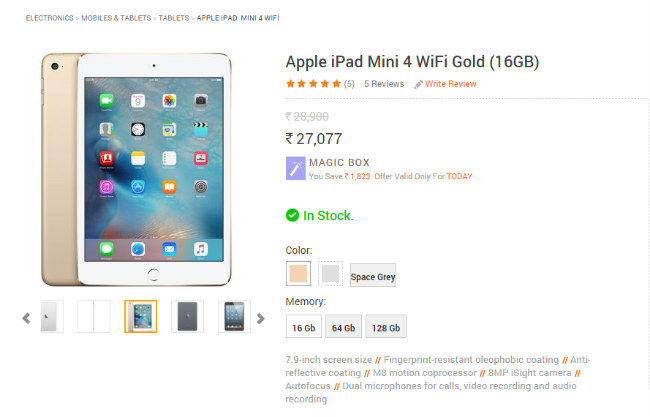 The Apple iPad mini 4 comes with a 7.9-inch screen with a resolution of 1536 x 2048 pixels. It also has a scratch-resistant screen as well as a oleophobic coating. The tablet also comes an 8MP camera at the back with a 1.2MP camera in the front. It is powered by a A8 chipset with 2GB of RAM. It also comes with a 5124mAh battery and a Touch ID fingerprint sensor.

The availability of the iPad mini 4 comes just a few days after Apple had launched the iPhone 6s and the iPhone 6s Plus in India. Prices for the 6s start at Rs. 62,000 while the prices for the 6s Plus start at Rs. 72,000. Apple had hoped to increase its market share in the country through the two devices. It was also reported that Apple hoped to sell 12 lakh devices in the country during the October-December. However, after the first weekend of their sale, the sales figures were not up to the company’s expectations. The phone reportedly sold lesser number of units as compared to the iPhone 6 and the iPhone 6 Plus. A report by Business Standard said the the new iPhones sold about 50,000 units. The bookings for the new iPhone had also fallen short of Apple’s expectations. The company’s trade partners had said that Apple had hoped to triple the number of pre-bookings on the new devices. But the bookings for the phones rose by just 10 to 15 per cent. The trade partners said that buyers expect the prices of the iPhone 6s and the 6s Plus to fall once the phone becomes widely available.