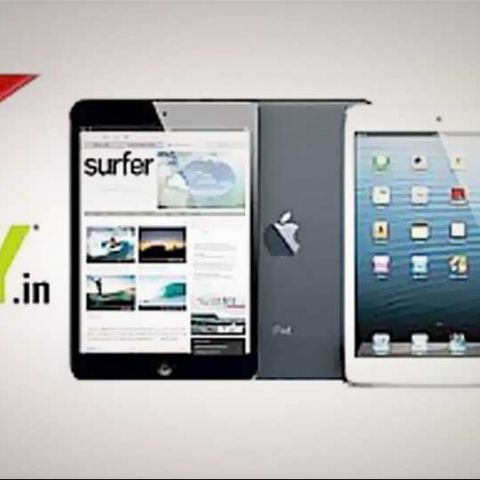 While the Apple iPhone 5 is expected to be announced in India at the end of the week (November 2), we can safely expect Apple’s latest product, the iPad Mini, to take a month or more to arrive in India.

So, once again, the wait is on, and there will without a doubt be consumers who want an iPad Mini sooner instead of later. Catering to such expected demands, sellers on eBay India are offering the new 7.9-inch tablet at Rs. 28,990 (Wi-Fi only, 16GB), in either black or white.

The pre-ordered eBay India iPad Mini tablets will be shipped from November 12, onwards. The units received are imported from Apple USA, and so, will not offer buyers manufacturer warranty in India.

\Of course, early adoption always comes at a price – especially if the product is not yet officially available in the country. Often though, this doesn’t stop eager potential owners – with the staggering grey market and online demand for the iPhone 5 a case in point, despite the hefty premium.

You can check out the iPad Mini eBay India listing here. What do you think of its pricing? Is it fair? When do you think Apple will officially bring its new 7.9-inch tablet to India? Let us know what you think, in the comments section below: