Apple has finally announced the availability of the iPad Air and iPad mini with Retina display for the Indian market starting Dec 7. The iPad Air 16GB Wi-Fi will be priced at Rs.35,900 while iPad mini 16GB will be available for Rs. 28,900 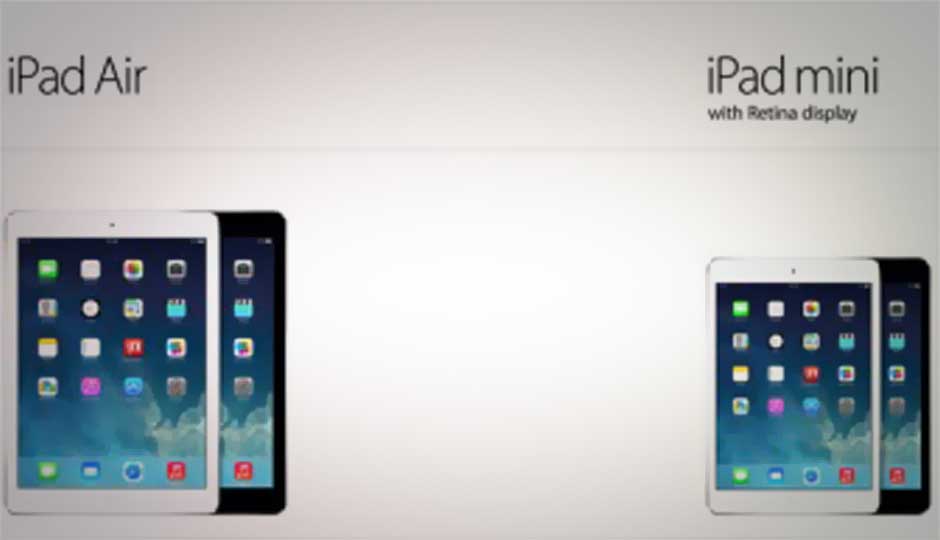 The iPad Air, the latest version of the iPad , features a 9.7-inch Retina display in a new thinner and lighter design. It weighs just 453 grams and is 20 percent thinner and 28 percent lighter than the fourth generation iPad. Also, with a narrower bezel, the borders of iPad Air are thinner.

The iPads are coming to India soon after Google launched the second gen Nexus 7 in the country, though the Nexus 7 is much less expensive, starting at a price of Rs. 20,999. If you are on the lookout to pick up a new iPad Air or iPad mini and don’t know how different it is from the previous generation you can take a look at our comparison story for some clarification. If you are confused between the iPad mini with Retina Display and the Nexus 7 we have an in-depth comparison for you to check out!

Apple's recent flagship, the iPhone 5S was a huge success in India recording the best ever sales in India for an iPhone. Retailers are struggling to meet the demand for the device as the model has been sold out across India even weeks after its launch.

Are we going to see history repeat itself with the iPad Air? We'll find out shortly, till then stay tuned. Learn more about the iPad Air here.