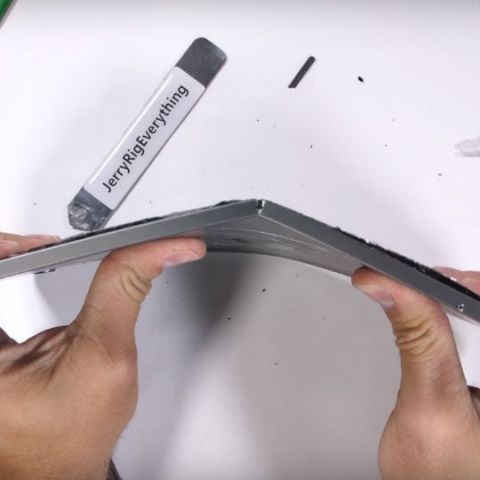 There have been numerous posts online across a multitude of forums that some units of the new 2018 iPad Pro are slightly bent right out of the box. For the longest time, Apple stayed silent on the issue, but the fruit company has finally released a statement to The Verge confirming the issue. Interestingly, the statement isn’t what consumers who spent north of $600 on the device would have expected.

Apple has informed The Verge that they are aware of the issue and do not consider the bend a manufacturing defect. According to Apple, it is a side effect of the device’s manufacturing process and should not get worse as time passes. Apple also says this issue is unlikely to impact the performance of the iPad Pro in any way during the course of its life. Many users had initially reported the bending in the iPad occurs during the course of its use or after being transported in a backpack, but recently, some had complained about the iPad being bent out of the box.

For Apple to say this is a side effect of manufacturing and not a defect is just plain infuriating. That is almost like buying a car and discovering that its tires can fall out anytime, and the company saying, “it’s not a defect, it’s a side effect of the manufacturing process.” The truth is that the manufacturing process for the new iPad is flawed as Apple prioritised the need to make a thing and light tablet over one that was sturdy.  In a video posted by JerryRigEverything, we can see the 2018 iPad Pro bend with uncomfortable ease, almost snapping in half with barely any force. The point of failure seems to be the center point on either side of the frame, where Apple decided to place a microphone hole and the wireless charging dock on the other side.

Apple isn’t new to controversy over bendable gadgets. The iPhone 6 Plus had a structural issue which Apple was well aware of, that caused the phone to bend under various normal use case scenarios. For example, if you place the phone in your back pocket and sit on a chair, then the iPhone would bend. Apple did learn a lesson from the fiasco and made future iPhone frames a lot sturdier. Unfortunately, for some reason, the company decided to put structural integrity on the lowest rung of priorities, forgetting that a device that is designed to be used on the go, needs to be able to withstand as much abuse as realistically possible. If you’re someone who plans on buying the iPad Pro or have bought one, we can only recommend extreme caution while using or transporting it. Sure you’re not going to bend it with force, but even then, it might be a good idea to buy a rigid snap-on cover for it.