The new Kindle Oasis is priced at $290, which is roughly Rs. 19,300 and Amazon claims with the leather charging cover, users will get months of combined battery life 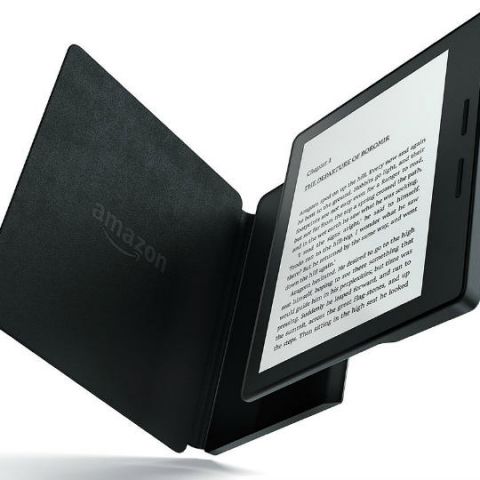 Amazon has unveiled a new e-book reader called the Kindle Oasis. The new Kindle is priced at $290, which is approximately Rs. 19,300. The company says that the device is over 20% lighter and 30% thinner than any other Kindle and weighs about 133 gms. The Kindle Oasis comes with a 6-inch display with a resolution of 300 ppi, which is the same as the Kindle Voyage. However, the new device uses 10 LEDs for the built-in light as compared to 6 LEDs used in the Voyage.