All paid orders for Aakash tablet to be cleared within 6 weeks: DataWind 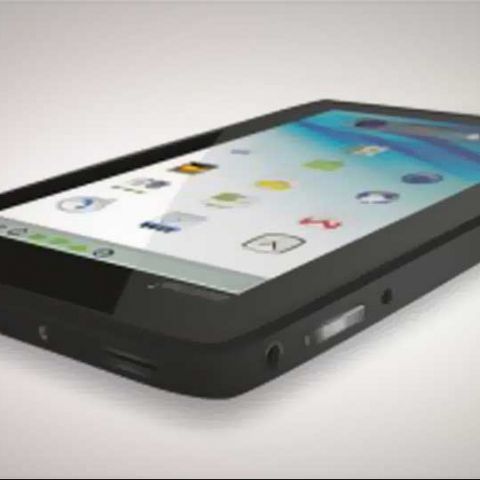 DataWind, manufacturers of the Aakash tablet PC, has promised it will clear all the pending paid orders for the commercial version of the device, UbiSlate 7Ci, within the next six weeks.

"All the paid orders (for tablets with) resistive and capacitative (screens) without SIM will be cleared in next 10 days. But the ones that want tablet with SIM they will be cleared in the next 4 to 6 weeks," Times of India quotes DataWind's CEO Suneet Singh Tuli as saying.

DataWind has so far received around 40 lakhs of orders for its UbiSlate tablet PC, which has similar specifications to the original Aakash tablet. According to Tuli, total number of paid customers was around 1 to 1.5 percent of the total orders. The original Aakash slate had 366MHz CPU, 256MB of RAM and 2GB of inbuilt flash memory. DataWind is offering users to upgrade their orders for the new UbiSlate device by paying Rs. 500 extra.

Datawind CEO said that the company is producing and shipping around 2,500 to 3,000 tablets PCs on a daily basis but receiving additional orders every day which is adding to the backlog. The company is aiming to boost production to 10,000 units every day, he added.

DataWind had faced severe criticism for being unable to deal with the massive preorders it had received for the Aakash tablets last year. A number of users complained they haven't received the tablet, while DataWind has in the meanwhile, gone ahead and launched the new UbiSlate 7 tablets.

DataWind is offering users two Aakash variants – one with a resistive touchscreen, while the other one with a capacitive.

The Indian government recently unveiled the Aakash 2, the non commercial version of the UbiSlate 7Ci, featuring a 7-inch display and Android 4.0 Ice Cream Sandwich OS. "It is only for those who have ordered in advance. For those who don't want to shift to other we are supplying them the same product. People who don't want to wait, we are refunding their money," he said.

DataWind's Tuli also revealed that the company will starting production of SIM-based tablets with two weeks.

In the meanwhile, check out DataWind CEO's recent interaction with the media on the sidelines of the launch of new UbiSlate devices.